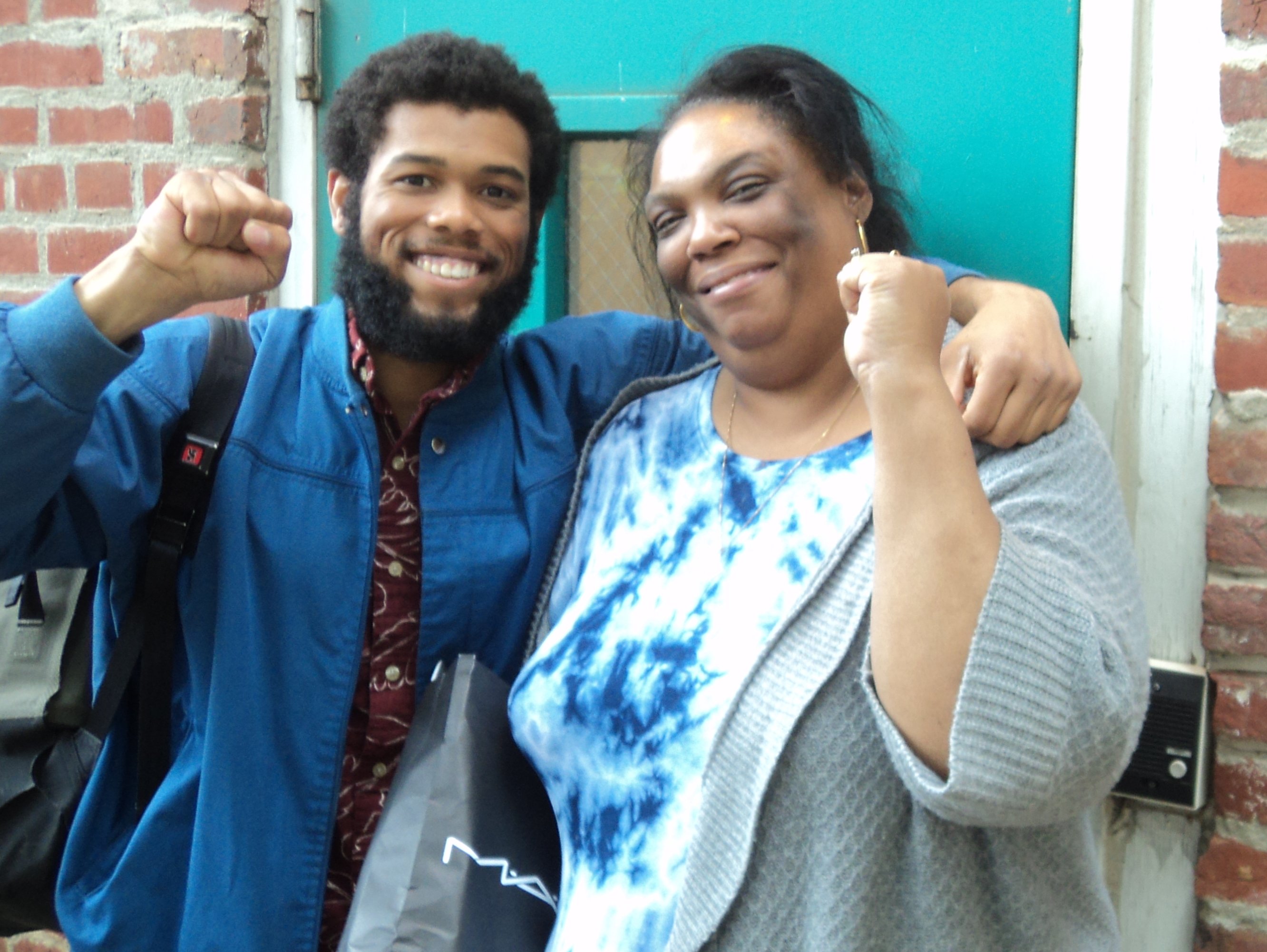 Serita El Amin is the granddaughter of Samuel B. Ethridge, a former National Education Association official who worked for racial integration of state teacher organizations during the civil rights movement of the 1960’s. In 1968, he was named head of the NEA’s newly created center for Human Rights, which developed leadership programs.
So further in her life, Serita El Amin was inspired to follow her grandparents’ dreams and legacy and wanted to represent in changing relationships between organizations. She has struggled in many areas of separation and displacement, and truly believes in human rights and remembering our ancestors and what they fought for. Serita lives in Washington, D.C., in the NE Brookland Manor apartments, where tenants are now trying to protect their rights and preserve affordable housing. She has been there for 18 years -- has one biological child and raised 16 children. Serita loves life and believes we should live life to the fullest with equal shares. She happily joined ONE DC's Making the Just City Project in 2017 to move forward to success and equal rights.