From March 5 to March 7, 2018, 245 international delegates from across five continents gathered in Caracas, Venezuela for the Todos Somos Venezuela (We Are All Venezuela) Forum. ONE DC attended, represented by Claire Cook, Administrative Organizer. Below is the text of the Caracas Declaration that was adopted at the convening to express solidarity with the Venezuelan people. 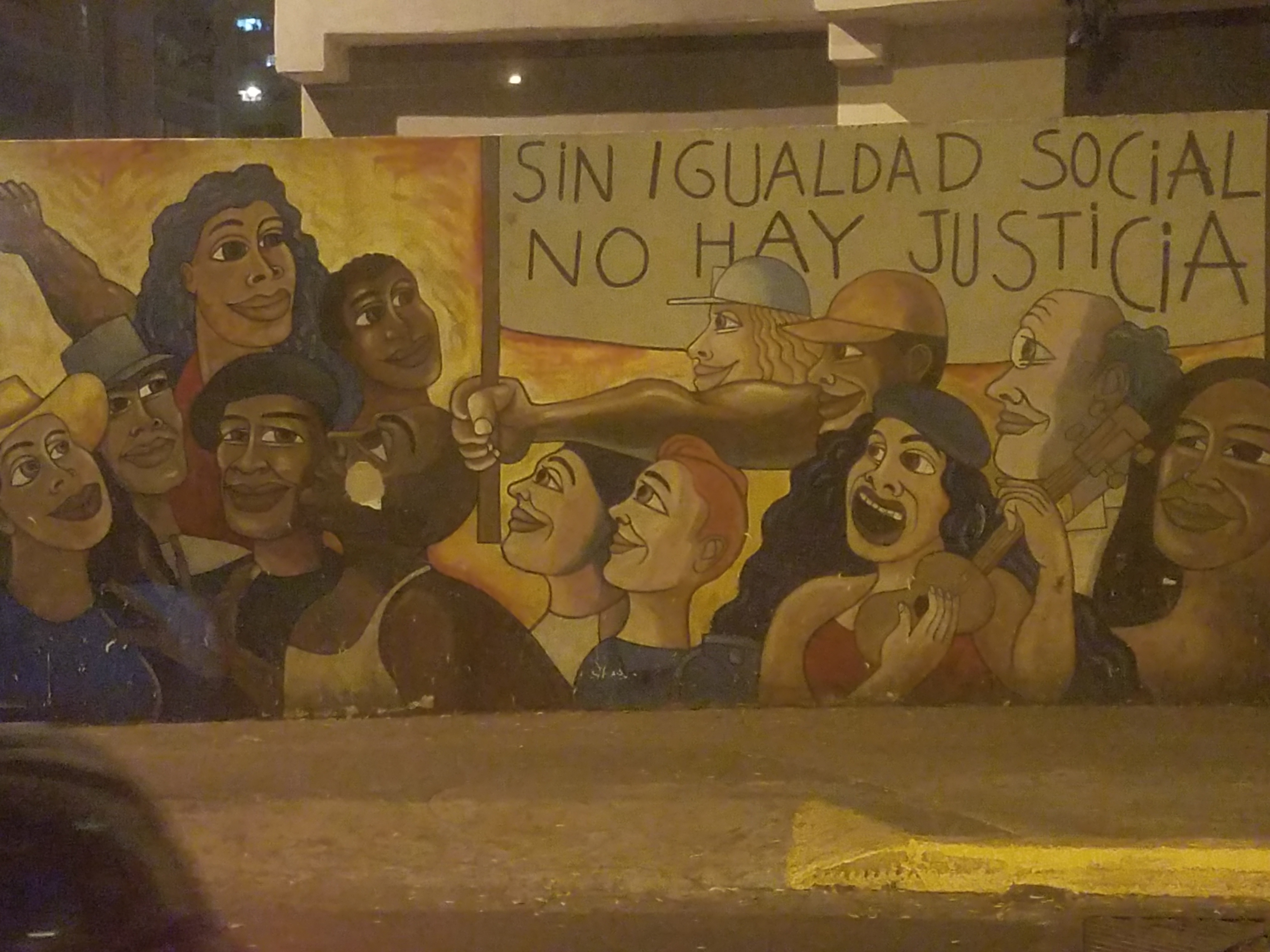 We, citizens from distinct countries, social movements and organisations, political parties, women, youths, workers, creators and intellectuals, peasants, and religious leaders, gathered here in Caracas on the 5, 6 and 7th March 2018, reaffirm our solidarity and militant support of the Venezuelan people, the Bolivarian Revolution and its popular government, which is headed by Nicolas Maduro Moros.

We energetically reject the grave escalation of aggressions against Venezuela’s democracy and sovereignty by the war-like government of Donald Trump, global corporate powers, and the American imperialist military-industrial apparatus, which looks to overthrow the legitimate government of Venezuela, destroy the project of Bolivarian democracy and expropriate the natural resources of the Venezuelan nation.

We denounce that this operation against Venezuela forms part of a global strategy of neo-colonialization in Latin America and the Caribbean which seeks to impose a new era of servitude and looting through the resurrection of the shameful Monroe Doctrine, a plan which has already begun in numerous countries across the continent.

We reject the threat of Donald Trump of a potential military intervention in Venezuela and we alert that such declarations by him are not mere charlatanism. The military option against the Bolivarian Revolution forms part of the strategic and geopolitical doctrine of the US for the 21st Century. The world must know that a military aggression against Venezuela would provoke a crisis in the region of historic dimensions and uncountable and unpredictable human, economic, and ecological impact.

We warn imperialism and their elites lackeys that play this game: the peoples of Latin America, the Caribbean and the world will never allow that Venezuela be touched by the ambitions of the American military boot! If, in their crazy obsession, the hawks of Washington dare attack Venezuela, the homeland of Simon Bolívar, as it was more than 200 years ago, will again be the tomb of an empire.

We denounce the blatant pressure of US imperialism on the region’s governments to involve them in political, diplomatic, and even military operations against the Bolivarian Republic of Venezuela. With these actions, they seek to destroy regional integration and bring about the de-facto abolition of the principle of the founding charter of the Community of Latin America and Caribbean States which declares the region as a zone of peace.

We reject the shameful and historical opposed attitude of governments in the region that have caved in to Washington’s politics through the creation of illegal and spurious organisms such as the so-called Group of Lima. The shameful regional elites who today lead the plundering of their peoples, hand over their sovereignty to the transnational corporations, and increase poverty, inequality and violate human rights, lack any moral and political authority to question Venezuelan democracy.

We reject the unilateral and illegal sanctions of the US Government and the European Union against the Venezuelan people, which seek to destroy its economy and break their democratic will. Blockades and sanctions are crimes against humanity carried out by the international capitalist system, and are severely hurting the Venezuelan people by sabotaging their productive, commercial and financial processes, preventing access to food, medicines and essential goods.

We reject the perverse U.S. sabotage of the process of dialogue developed in the Dominican Republic and reiterate that only the absolute respect for the sovereignty of Venezuela, non-interference in their internal affairs, sincere dialogue and electoral processes based on Venezuelan legislation can define the path to recover the political coexistence between Venezuelans.

In this regards, we welcome the call for presidential, regional legislators and councilor elections for May 20, a result of a political agreement with a sector of the Venezuelan opposition. In these absolutely constitutional and legitimate elections, the Venezuelan people in a transparent and sovereign way will decide the course of their homeland.

We alert the peoples of the world to the counterproductive intentions of international governments and organizations that are directly involved in the war against Venezuela to not recognize the results of the elections on May 20, and accelerate attacks after what – no doubt – will be a real democratic expression of the Venezuelan people.

We welcome and support the declaration of the presidential summit of the Bolivarian Alliance for the Peoples of our America ALBA-TCP that categorically rejects the exclusion of Venezuela from the next Summit of the Americas, to be held in the city of Lima, Peru. Similarly, we support all diplomatic and political actions that governments, countries and peoples take to defend plurality and political diversity in the continent and to safeguard the sovereignty and self-determination of peoples.

We recognize the heroic resistance of the people of Venezuela when confronted by the ravages of economic aggression, the financial blockade and all the forms of sabotage that Venezuela is suffering from, and support the economic, financial, political and diplomatic strategy that the Bolivarian Government and President Nicolas Maduro are carrying out to overcome the problems and construct the humanist model of Bolivarian socialism.

We are committed to continue the battle for the truth, peace and the sovereignty of Venezuela, to expand the ties of friendship, solidarity and revolutionary commitment to the Venezuelan people. The peoples of the world, the consciousness of all those who struggle for the just cause of mankind, accompanies at this time and always the Bolivarian revolution, its leadership and its people.

We are convinced that Venezuela will be able to – through dialogue, respect for the Constitution, and the indefatigable democratic will of his people – overcome the problems that besets it, and that the Bolivarian revolution will remain a beacon of hope for the peoples of the world who search for a worthy and just destination for humanity.

In commemoration of the fifth anniversary of the physical passing of Commander Hugo Chávez, historical leader of the Venezuelan people, from Caracas we say to the world: Venezuela is not alone, we are all with her!