We’ve Been to the Future & We’ve Won: A Dance Party Fun(d)raiser for the Black Workers Center

This sliding scale is meant to acknowledge the reality that while some DC residents are low-income, there are many class-privileged Washingtonians who are able to give more. Co-host organization Resource Generation in particular actively encourages its membership to leverage their class privilege for social change. We hope that you will consider how much you are able to give (rather than what might feel like “the best deal”) before selecting a ticket price!

We also encourage EVERYONE to donate, whether or not you can make it to the fun(d)raiser. ONE DC is hoping to raise $2 MILLION and every last penny counts! If you would like to become a major donor or sponsor the event in another way, please reach out to Claire at ccook@onedconline.org.

Join ONE DC & allied organizations for this dance party fun(d)raiser for the Black Workers Center! 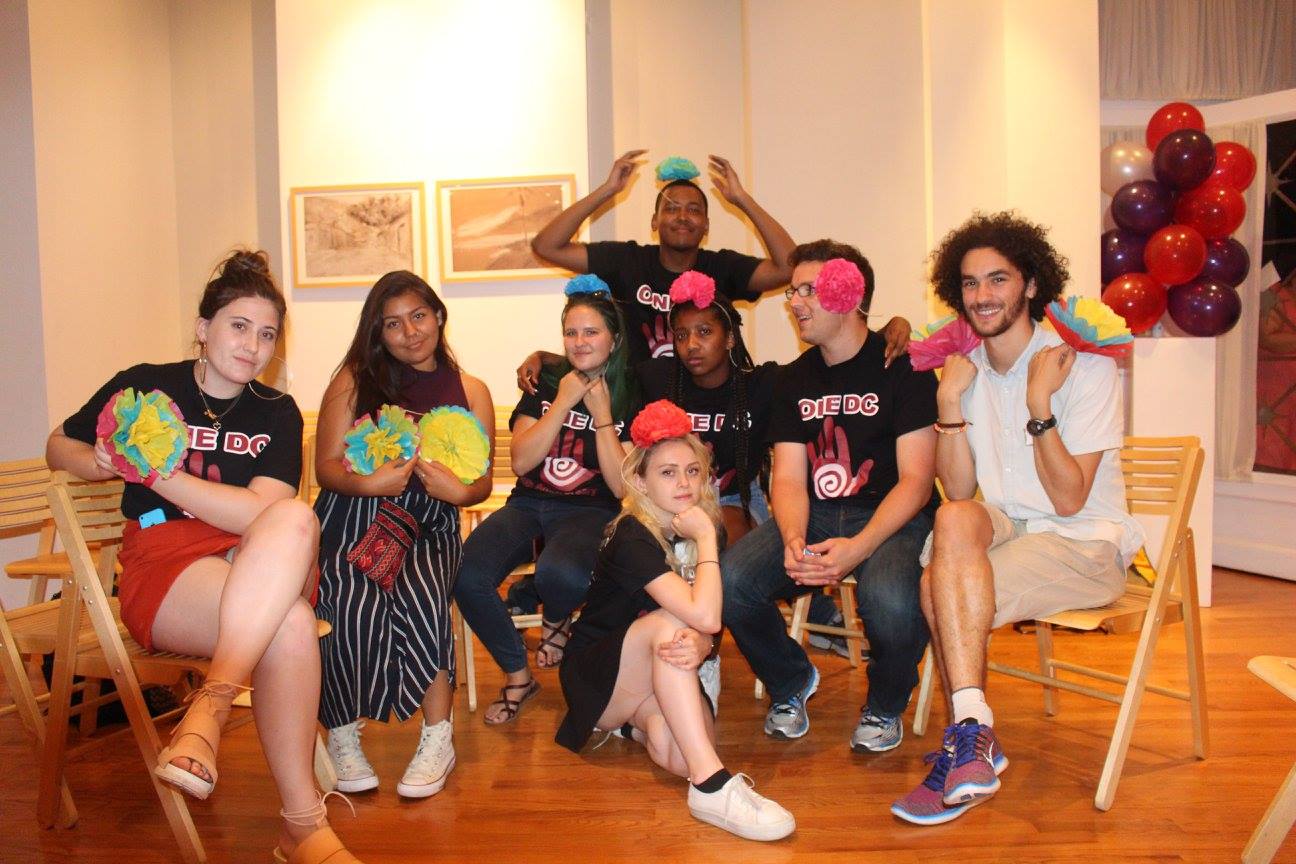 “Black workers [in DC] are the only racial or ethnic group to have not fully recovered from the recession…. Black residents are four times as likely as Hispanic residents to be unemployed, and eight times as likely as white residents.” – DC Fiscal Policy Institute, Still Looking for Work: Unemployment in DC Highlights Racial Inequity (2017)

ONE DC has been working to create and preserve racial and economic equity in DC through community organizing for over 10 years. Noticing the high unemployment rate for Black DC residents, ONE DC started the Black Workers Center in Ward 8 in 2015 as an incubation space for alternatives to low-wage work, such as worker cooperatives, collectives, and small businesses created, owned, and operated by Black workers. The Center also functions as a space for Black workers to openly discuss the intersection of race and work (through political education), particularly what it means to be "working while Black," as well as a place for Black workers to positively recognize their Blackness.

ONE DC is currently raising $2 MILLION to be able to buy the building that houses the Black Workers Center. This would be a huge step toward solidifying the BWC’s place in the community and would send an important message to social movements across the country that just five miles from the White House, movements for social justice can win.

This dance party will follow the “Why We Are Dancing for Black Workers” political education event the same day. Stay tuned for more details!

Resource Generation organizes young people with wealth and class privilege in the U.S. to become transformative leaders working towards the equitable distribution of wealth, land and power.

Click here to read more about the Black Workers Center