by Joe Hoover, ONE DC (International) Member & author, Reconstructing Human Rights
This is Part 1 in a series about Resource Organizer Dominic Moulden's visit to London in March 2018

For a number of years I have been trying to bring Dominic to London. This year I was finally able to do it. In March, Dominic visited London to do some teaching with me at Queen Mary University of London where I work. Our original plan was for Dominic to speak with students in two of my classes about his experience as a community organiser and the work of ONE DC, and to be part of a public lecture on justice in the global city. Even the most carefully arranged plans go awry, however, as Dominic’s visit coincided with the largest-ever strike of University faculty in the United Kingdom, which meant that there would be no classes to teach or lectures to attend while the strike was on. While I was briefly worried that the trip would be a bust, it turned out there were plenty of opportunities for learning, teaching, and making connections.

With classes cancelled and the picket-line assembled across the entrance to the university, Dominic and I met up with Glyn Robbins (another international ONE DC member) and some of my students at the Boundary Estate in East London. Glyn was guiding us on a walking tour of the history of council housing in London (what is called public housing the US). The tour was a “teach out” activity organised as part of the strike, providing students a chance to learn about social housing in London, and meet Dominic and Glyn outside of the classroom. Glyn is a great guide and the tour prompted a number of conversations about the global housing crisis, gentrification, inequality in our cities, and what we might do to create better and more just cities.

The following day, with the strike still on, we organised another “teach out” - moving the planned lecture from Queen Mary’s campus to the Ocean Tenants and Residents Association Hall across the street. The discussion we had was about the many injustices that we find in contemporary cities, with the lack of affordable and decent housing a key issue - which was fitting given that the event was hosted on one of London’s largest social housing estates. The speakers included Dominic, Glyn, and Dr. Adam Elliot-Cooper, of Kings College London. And while the audience was small due to the strike and last-minute change of venue, a lively and informative discussion followed. 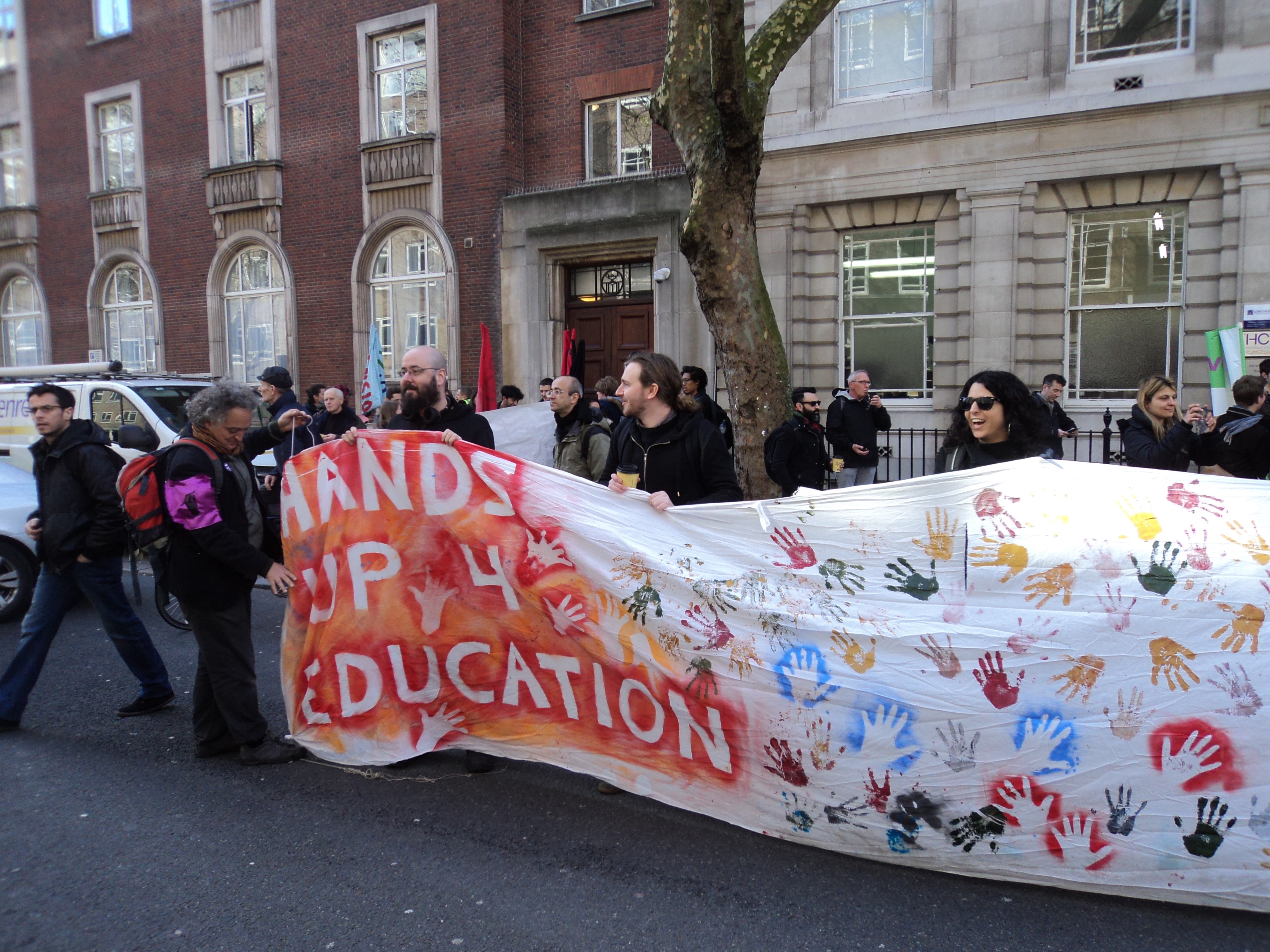 An unexpected benefit of the strike was that there was more time for conversations than there would normally be, when we are usually rushing through the day’s many tasks. I know Dominic was able to meet with a number of scholars, activists, and communities as part of his visit, while also seeing many diverse parts of London. As just one example, near the end of his time in London, Dominic joined me on protest march organised by the National Union of Students and the University and College Union in opposition to the marketisation of higher education. Marching through central London, we met a colleague who was starting work on a project on the relationship between art and gentrification and for several blocks had a great conversation, which resulted in Dominic making a new and wholly unexpected connection. After the march, Dominic and I went to Brixton to visit the Black Cultural Archives, which is the UK’s only national heritage centre dedicated to preserving and celebrating the history of African and Caribbean people in Britain. Along the way we were able to trace the changing fortunes of Brixton through the redevelopment of the many market streets in the area.

Even as things did not go as planned on Dominic’s visit to London, I think the visit was a great success. And there is even more reason to ensure he comes back to London again.