I became an advocate, not because of my idealistic heart and character; but because I saw how the low income community was highly discriminated against in DC. Stereotyped, held back, dismissed, and diminished further than just being black, or single parents, or low-income. It was tragic. Speaking out against the wrongs against my community was easy for me. I have learned how to channel the voice my mother always said I used too much growing up to speak against these wrongs, so advocacy came easy for me. 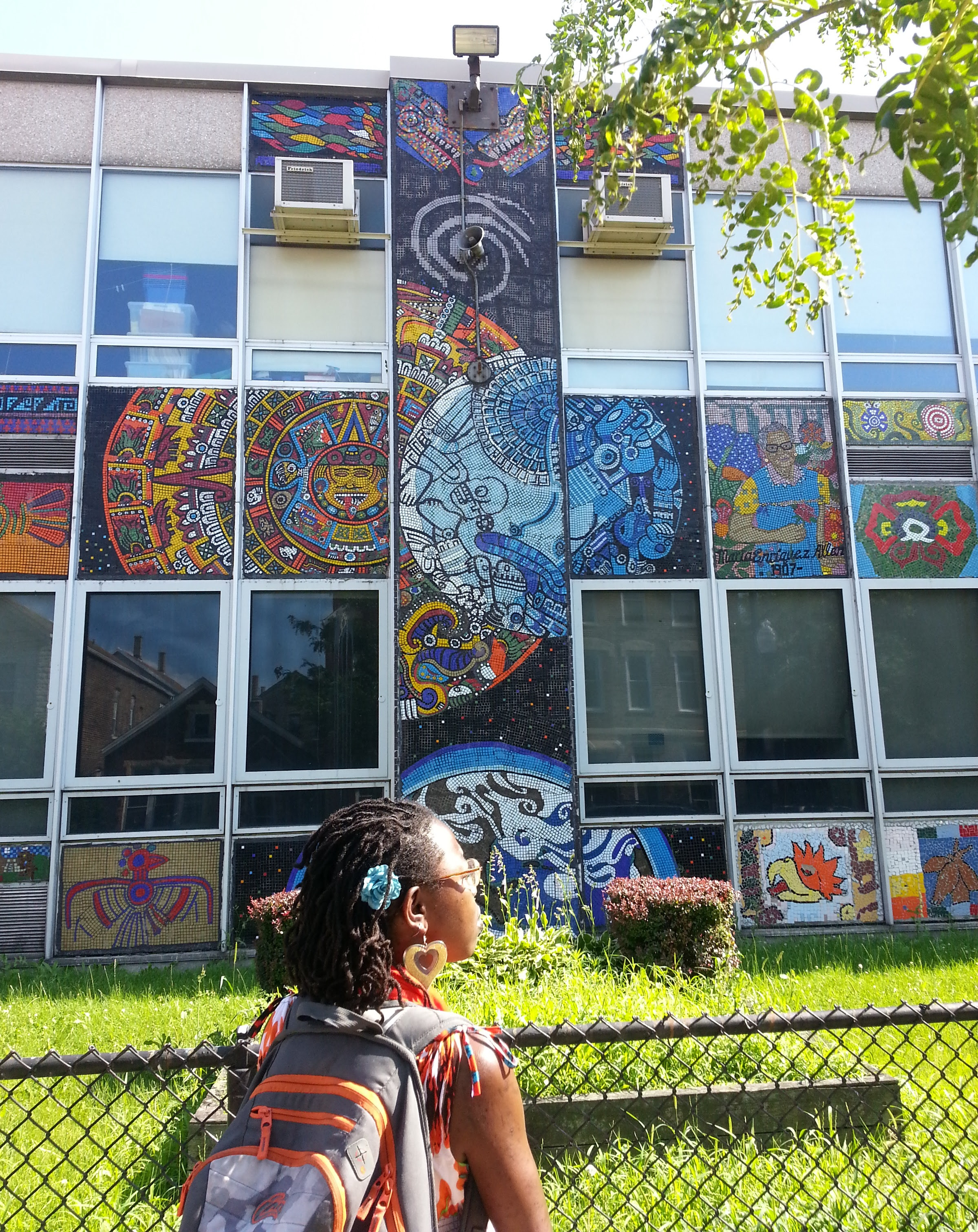 Organizing, I found, was a different breed of the same fight, however. I had to learn to quiet my own voice and help others either find theirs, learn how to use theirs, or give them the proper avenue to use it. I had to learn to build my political analysis, learn the lingo of the field, and learn how to fight the good fight. And I am still learning.

I started learning with ONE DC as an organizer. ONE DC, in my opinion, gains much respect from me for not only fighting the good fight, but HOW they fight it! They put the needs of the community above all else, to the point that it’s not until they go out to hear the voices in the community that they even design their campaigns and fights. A community-based organization that is actually about the community!

So when ONE DC asked me if I was interested in going to Chicago to attend the Ella Baker Institute’s Training, I jumped at the opportunity. I was always interested in visiting Chicago, but only during one of the few warm months of the year, so even the timing was perfect and it ended up being the best trip I have taken thus far!

I, along with a staff member of ONE DC and the president and vice president of the Heritage at Shaw Station Tenant Association that is supported by ONE DC, landed on a Thursday afternoon. Since training didn’t start until the next day, we got the opportunity to see a little bit of the city. We were able to attend the Taste of Chicago, sample some of the city’s delicacies and even see Janelle Monae perform! As a lover of music and a fan, I wasn’t able to stop dancing the whole time! It was the perfect opening to the next 5 days.

The very first day of training, I wasn’t sure what to expect. I came in simply ready to learn. I ended up being deeply inspired by Climbing PoeTree; a social justice poetry group that was selected to open the training. As a writer and poet, this touched me in more than one way. Climbing Poetree not only put beautiful words to the fight that we all were fighting, but also served as a muse to everyone in the room to keep on fighting. 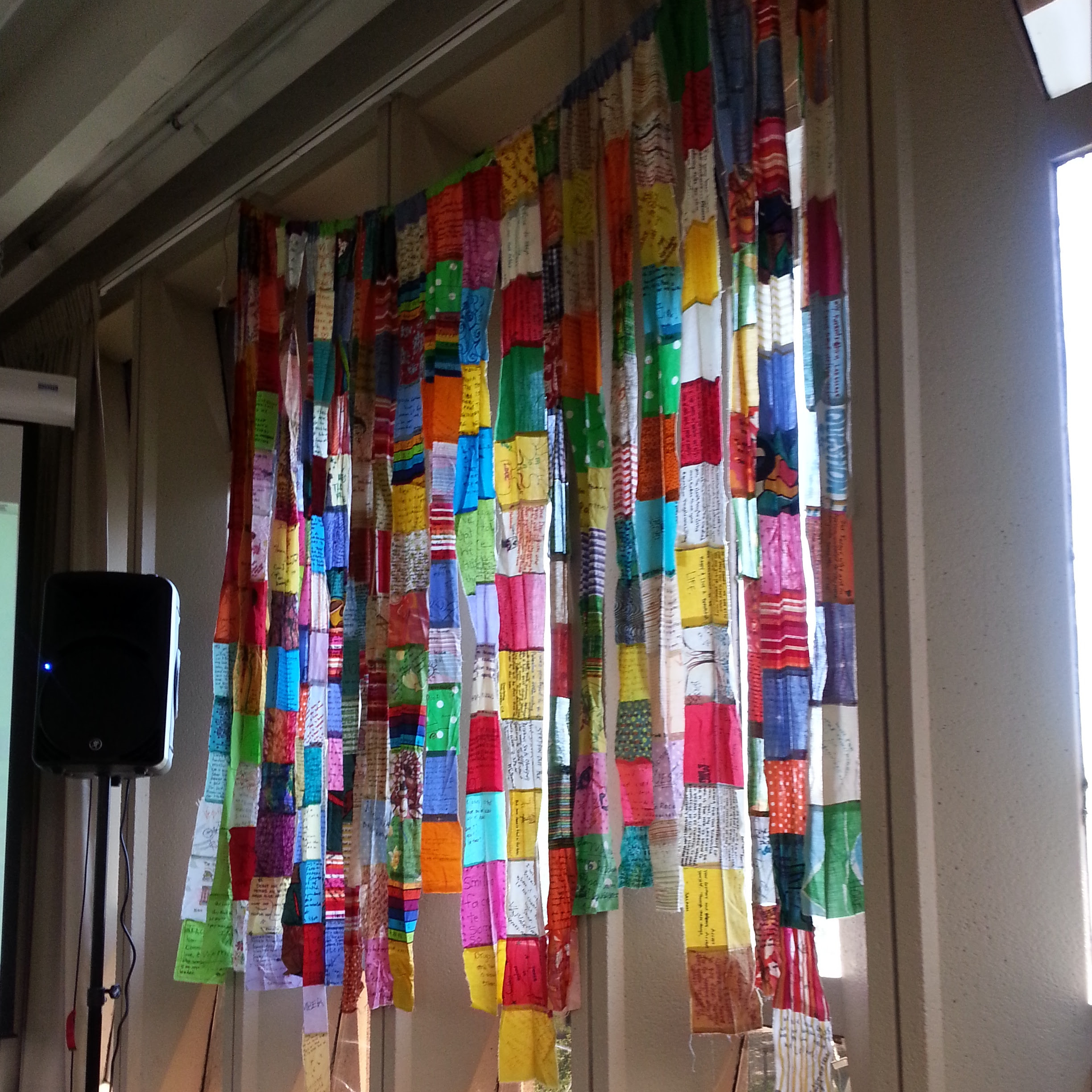 The next 5 days were filled with speakers on many social justice issues; from racism to feminism; from colonialism to reparations. We even had the honor of hearing from two women from Palestine speak on the tragedies that have been going on in their homeland. There was so much information to cover that even two weeks after the trip, I am still neck deep in research and reading. I wasn’t expecting to get answers on how to end the fight for justice, but I did not expect to get so much information on those who have already been fighting.

The entire trip was beautiful and spoke to many different sides of me. The nerd in me was filled with information. The creative talent in me was inspired by murals, paintings and poetry. The organizer I am becoming was given inspiration to keep going and do it better. I am so happy to have been given an opportunity such as this!