Mid-City Financial, the corporation responsible for pushing forth a redevelopment plan that has resulted in mass evictions and displacement of working class Black residents from the Brookland Manor community in Northeast DC, attempted to hide numbers from the DC Zoning Commission to cover up their plan to eliminate over 360 units of affordable family-accessible housing in the midst of a housing crisis in Washington, D.C. If the redevelopment goes through as planned, Mid-City will build over 1,750 units of mostly luxury apartments, reducing overall affordable units from 535 units currently on the property to a mere 373 units, while also restricting 200 out of the 373 units for seniors only, aged 62 and older. In addition to slashing affordability and restricting eligibility of existing residents to live in the affordable units, the redevelopment will eliminate all 4 and 5 bedroom family sized units, and most 3 bedroom units, rendering the property almost completely void of large families.

At the first part of the second stage zoning hearing on February 23, 2017 (second part to take place this Thursday, March 16, 2017), Mid-City Financial executives and attorneys refused to discuss the displacement of existing residents at Brookland Manor. Mid-City has repeatedly claimed that “qualified tenants” and tenants “in good standing” will be eligible to return to the property after the redevelopment. However, they refuse to define the criterion of a “qualified tenant”. Will Merrifield, Brookland Manor's/Brentwood Village Residents Association attorney, analyzes Mid-City’s numbers in his testimony, which you can read here. Watch his cross-examination of Mid-City, which starts at 1 hour 20 minutes and 52 seconds, and you will see how they attempt to hide the numbers by refusing to talk about them: http://view.earthchannel.com/PlayerController.aspx?PGD=dczoning&iID=4324.

Mid-City is attempting to mislead the DC Zoning Commission, Ward 5 residents and the wider public, and most egregiously, Brookland Manor tenants. In their feeble attempt to “prove” to the DC Zoning Commission that tenants “support” their plan to eliminate family housing, Mid-City submitted this letter to the zoning record. Ironically, the letter details the conditions of a tenant living in a one-bedroom with four children – a family that will be at imminent risk of displacement as a part of the new redevelopment. This is just one of many underhanded ways that Mid-City is attempting to sell a project that they cannot defend – a project that will push working class Black families into the streets and out of the city. While Mid-City’s attorneys discussed shrubs and the color of building bricks, they tried to use procedural loopholes to avoid a discussion on displacement. The good news is that Mid-City is so transparent in their cover up that their plan has backfired and shifted momentum to the side of tenants. We are in a position to win this fight and we need the whole community to stand behind us. It may not be quick, but with sustained community support, we can win the fight against developers that displace in Washington, D.C. Development without displacement is what Brookland Manor tenants demand. 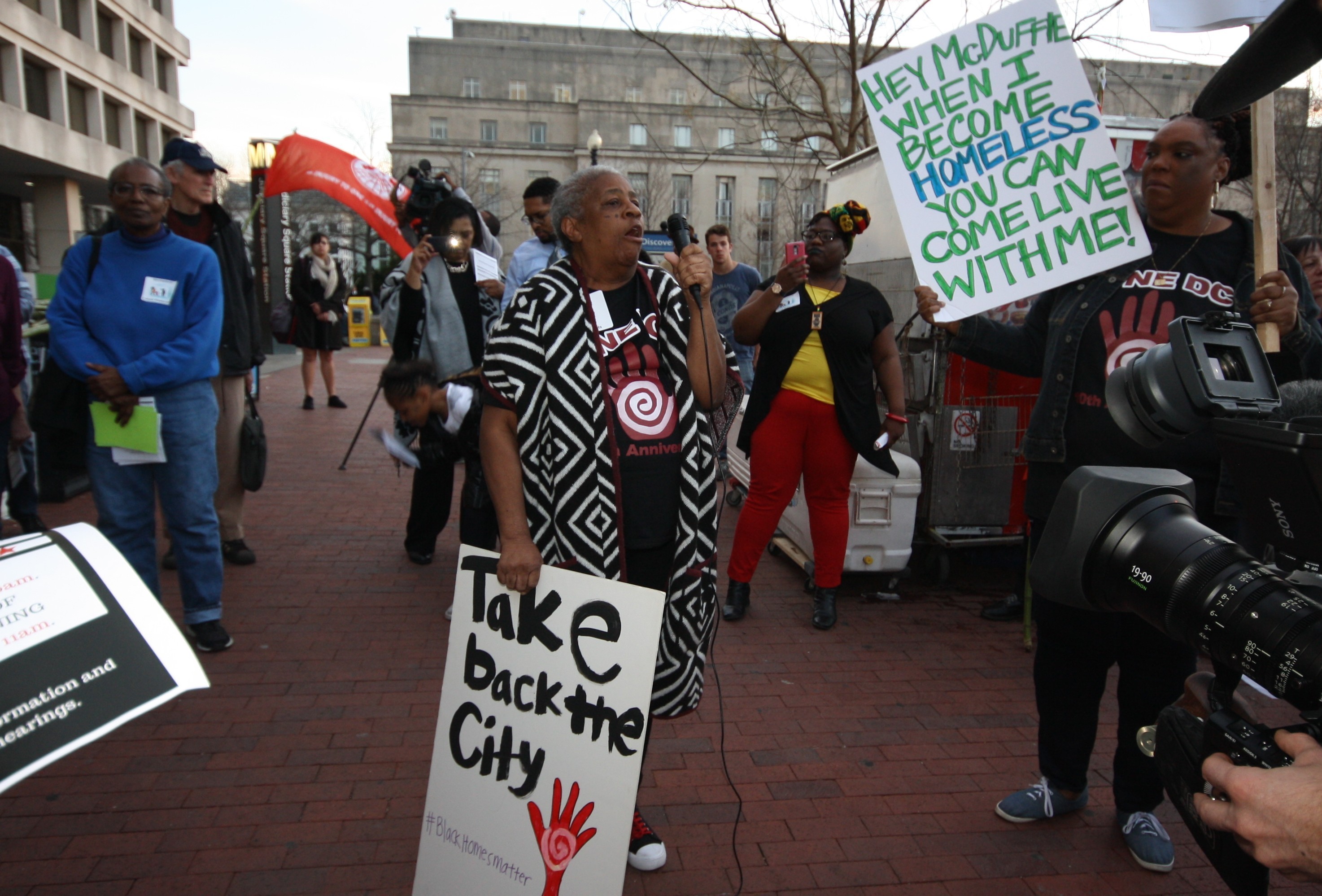 Meanwhile, Ward 5 Councilmember Kenyan McDuffie, while tweeting about the need for family units, remains silent on Brookland Manor. It was only after repeated requests by his constituents at the property did he agree to a 30 minute meeting with tenants earlier last month. McDuffie has not reached out to tenants since then regarding the redevelopment, and to-date has in no way committed to help save affordable family housing at Brookland Manor. Last week, reports showed McDuffie introducing a bill to encourage the production of family units through the use of the Housing Production Trust Fund in the future. Not only do we have no idea if the bill will pass or be implemented, but it is also perplexing that McDuffie is willing to introduce bills but seemingly unwilling to take concrete action by standing with Brookland Manor families and signing onto their tenant resolutions. To reiterate, the tenant resolutions oppose Mid-City’s redevelopment plan that would eliminate large bedrooms, and hundreds of units of affordable housing for families in the midst of a city-wide housing crisis. If Councilman McDuffie is serious about protecting families, he should demonstrate it by supporting families in his own backyard at Brookland Manor. Again, McDuffie acknowledges that the city needs family units, so why isn’t he supporting Brookland Manor tenants who are fighting to preserve family units? Tell McDuffie to ACT – Stand with Brookland Manor, and support development WITHOUT displacement.

Here are ways you can help Brookland Manor tenants in the fight against violent displacement:

3. Call or email Councilmember Kenyan McDuffie at 202-724-8028 or kmcduffie@dccouncil.us and ask him to stand with his constituents at Brookland Manor who are fighting to protect their homes and families. He can support them by opposing Mid-City’s redevelopment plan until or unless it preserves 535 units of affordable housing, at the same bedroom size and subsidy levels currently at the property. McDuffie can also help by signing onto the Brookland Manor tenant resolutions, and opposing any and all redevelopment plans that propose the elimination of family sized units and affordable housing. 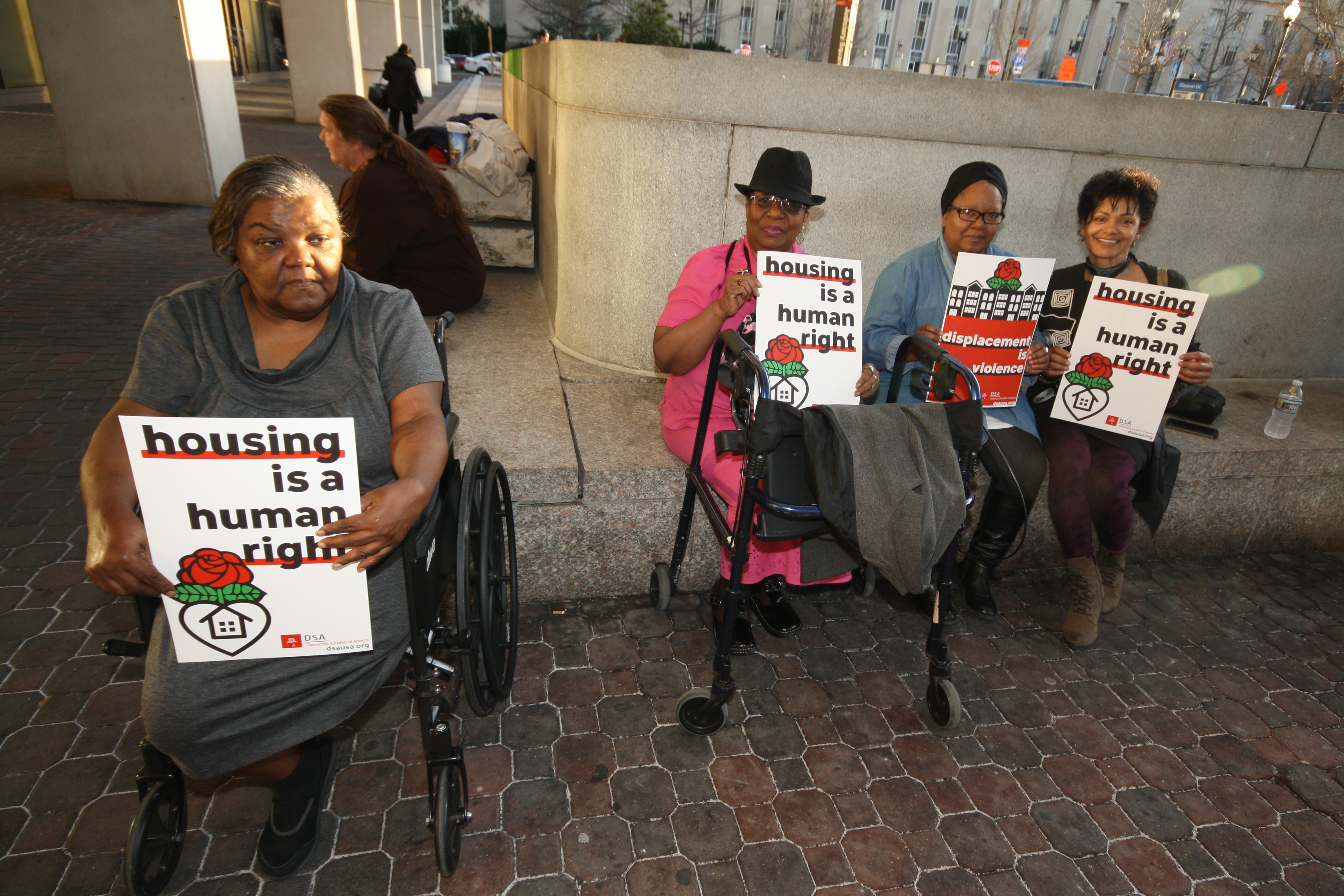