Shaw Residents and Community Organizers Strategize to Stay in Their Neighborhood

By Brenda Hayes, This Light: Sounds for Social Change

In a town rife with Non-Profits that seemingly have all the answers for what ails longtime D.C. residents as they face gentrification-fueled displacement, ONE DC’s July 26th meeting was a much needed breath of fresh air for me. I asked permission to record the meeting for my radio show This Light: Sounds For Social Change, thankfully permission was granted to me to do so.

The meeting opened with a visual recap of June’s meeting. A 1950 to present timeline of redlining and economic cycles that lead to displacement hung on one of the walls. An adjacent wall held a visual that had the word “Concentrated Poverty” written in the center, surrounding those words were some of the commonly held beliefs about people who live in poverty; rampant drug abuse, crime, apathy. 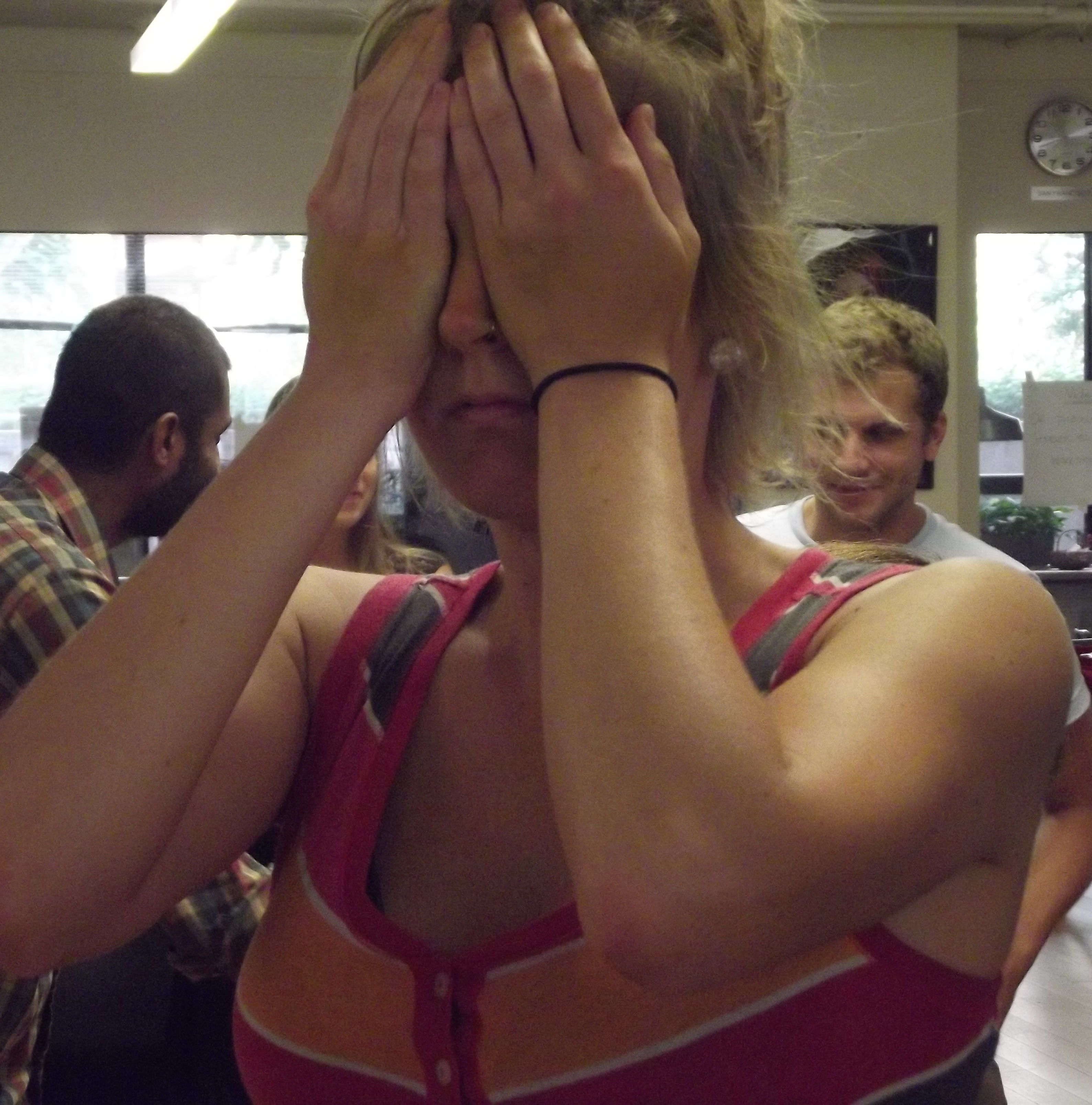 Next we were led to do an exercise in which attendees were asked to present a physical movement that represents their perspective of gentrification and displacement. Some of the poses and movements included a young white woman who stood with her back to the rest of the group as she covered her eyes, blind to what was going on just behind her. A few people held stances of defiance, arrogance, indifference and helplessness.

For the second part of the exercise, we were asked to physically represent empowerment, action and change. I was most struck by what one Shaw resident, who happens to be a black woman, did; she held an invisible protest sign high above her head, two young white participants quickly stood in support behind her holding their invisible placards up. What these three participants represented to me is the need for community lead, driven, and sustained movement for equity in housing, work, and education.

Before the meeting, I interviewed longtime community activist Linda Leaks who handed out Terms of Empowerment, a seven page glossary of housing-related terms in which residents should become familiar when trying to remain in neighborhoods besieged by gentrification.

I also interviewed Patricia Trim, a 40+ year Shaw resident. During our conversation Ms. Trim told me how her mother would come to D.C. during the week for her job with the Federal Government and leave her with relatives in Virginia. Ms. Trim’s mother couldn’t afford to have her stay here in D.C. until she was sixteen years old. Ms. Trim and her mother moved several times, Champlain Street in Adams Morgan, 18th and Wyoming, 17th and T Sts., each time staying in apartments until the rent was raised to a prohibitively high amount. 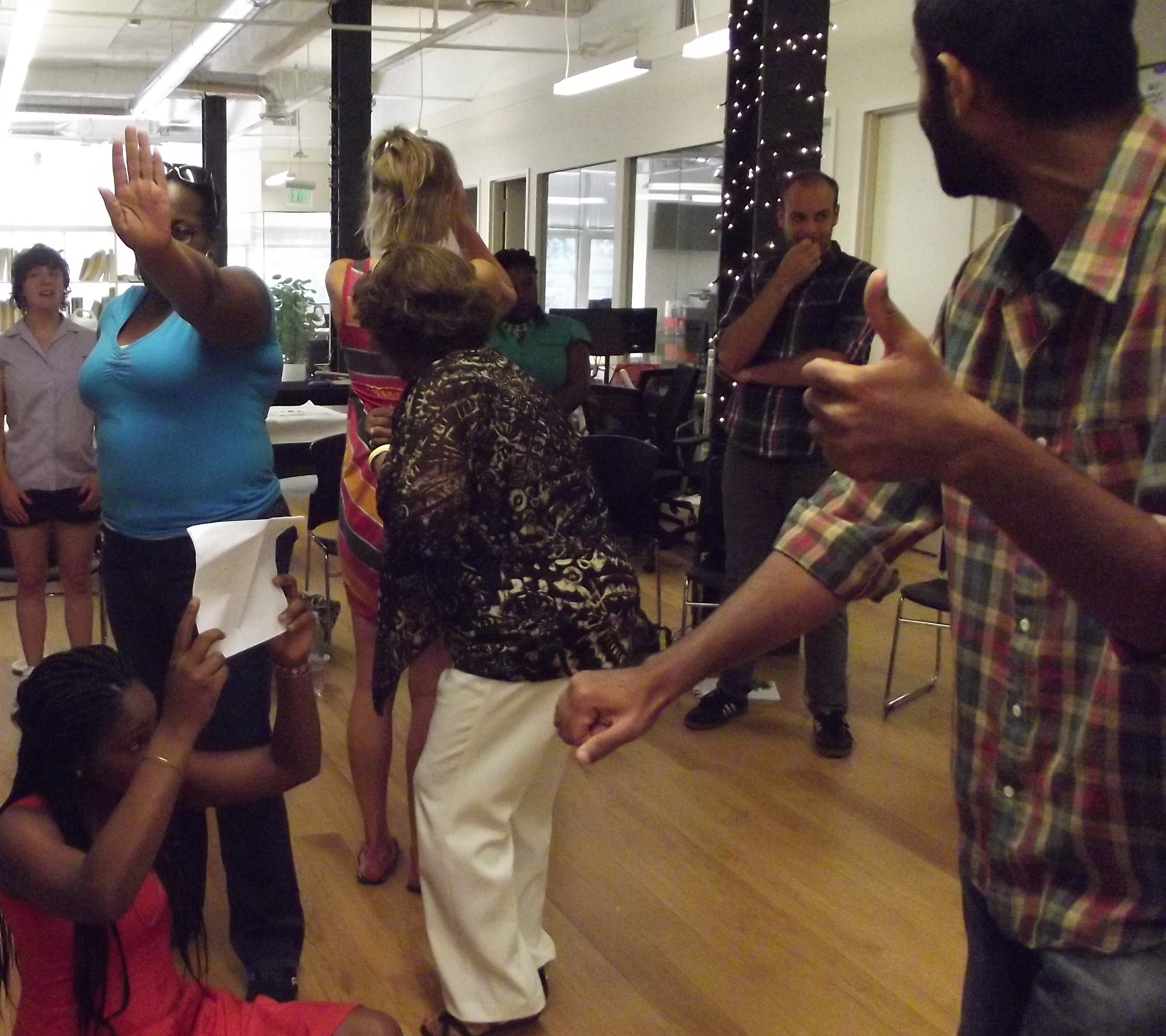 Ms. Trim recently drove to Columbia Heights to see a dentist on 14th Street. As she drove to her appointment she realized she was in the neighborhood where she grew up. After her appointment, she
decided to drive around a bit and was astonished at and dismayed by all the changes that have taken place in recent years. She couldn’t bring herself to drive down Champlain Street the street where she first lived when she and her mother moved to D.C.

When she arrived back home that day, she went to her bedroom to pray. She tearfully asked “What I have done to fall so far from grace to be treated less than a human being.” I fear too many D.C. residents people are asking that same question.