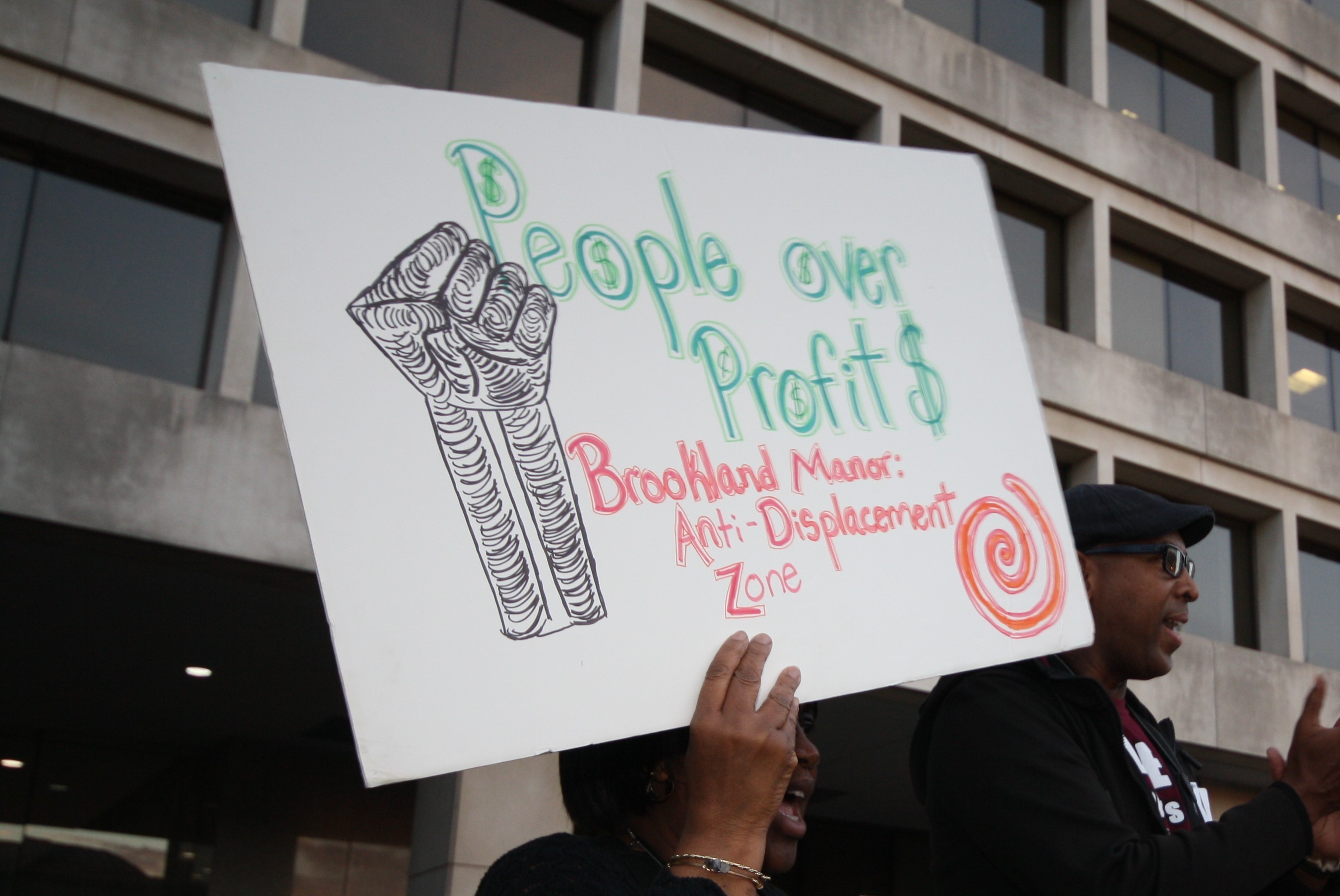 We packed the hearing with so many people ready to testify in opposition to Mid-City Financial's plans on February 23, the Zoning Commission needed to schedule a second hearing date! ONE DC members and residents at Brookland Manor again request your support at the next stage zoning commission hearing on Thursday, March 16.

The Brookland Manor/Brentwood Village Resident Association, ONE DC tenant members and residents at Brookland Manor are organizing against a forced displacement campaign led by developer Mid-City Financial, a group that has moved to displace working class people of color from one of the few remaining affordable housing properties in Washington, D.C. Residents of Brookland Manor have been subjected to discrimination based on family sizes; have faced documented harassment at the hands of a private armed security force; and mass evictions that were only slowed down after public exposure.

ONE DC tenant members and residents at Brookland Manor request your support at the upcoming second stage zoning commission hearing at 6:30pm on Thursday, March 16, 2017. The hearing will take place in the Jerrily R. Kress Memorial Hearing Room at 441 4th St. NW, Suite 220 Washington, D.C. 20001. We will also reserve an overflow room in Suite 270 of the same building and project the livestream of the hearing.

At this hearing, the tenants and their legal team will be arguing for the inclusion of robust affordable housing, including the retention of large bedrooms, so that no resident is displaced from their existing community. We request that you both submit written testimony, and if possible, join us in person to provide testimony publicly in support of Brookland Manor tenants fighting to save their homes.