Despite engaging in numerous and potentially illegal tactics to circumvent the TOPA rights of existing tenants at Congress Heights, and despite violating an existing court order, Geoff Griffis, through his company "City Partners LLC," is touting an imaginary development proposal to build luxury apartments over top the Congress Heights metro. Previously, Sanford Capital also promoted luxury redevelopment plans at Congress Heights, and have since shut down their website due to their ongoing legal issues as the most notorious slumlords in Washington, DC. Their slumlord activities have been widely reported, including by the City Paper and the Washington Post.

In order for Geoff Griffis's company, "City Partners LLC," to move forward with his luxury redevelopment that would price out and displace current residents at Congress Heights, he would need the following:

Strangely, Griffis continues with what Ruth Barnwell, president of the Alabama Ave/13th Street Tenant Coalition recently referred to as an "obsession" with gaining control over this valuable land over top the Congress Heights metro, by forcing existing residents out. The tactics remain the same: forced displacement through slum conditions. As we previously reported, the recent and possibly illegal land transfer from slumlord Sanford Capital to Geoff Griffis not only circumvents tenant TOPA rights, but also forces tenants to continue living in slum conditions by interfering with a court-ordered receivership.

Tenants have been clear that despite Griffis's attempts to force them into agreeing to buyouts or forced relocations, that they will continue to fight to exercise their TOPA rights in order to move forward with their plan to work with premier non-profit developer NHT (National Housing Trust) to build 200 units of high quality, affordable housing in the midst of an affordable housing crisis in the nation's capital.

Join us this Saturday, February 10th, as we take the fight for affordable housing directly to slumlord Geoff Griffis's doorstep, and stand in solidarity with the tenants of Congress Heights. RSVP here. 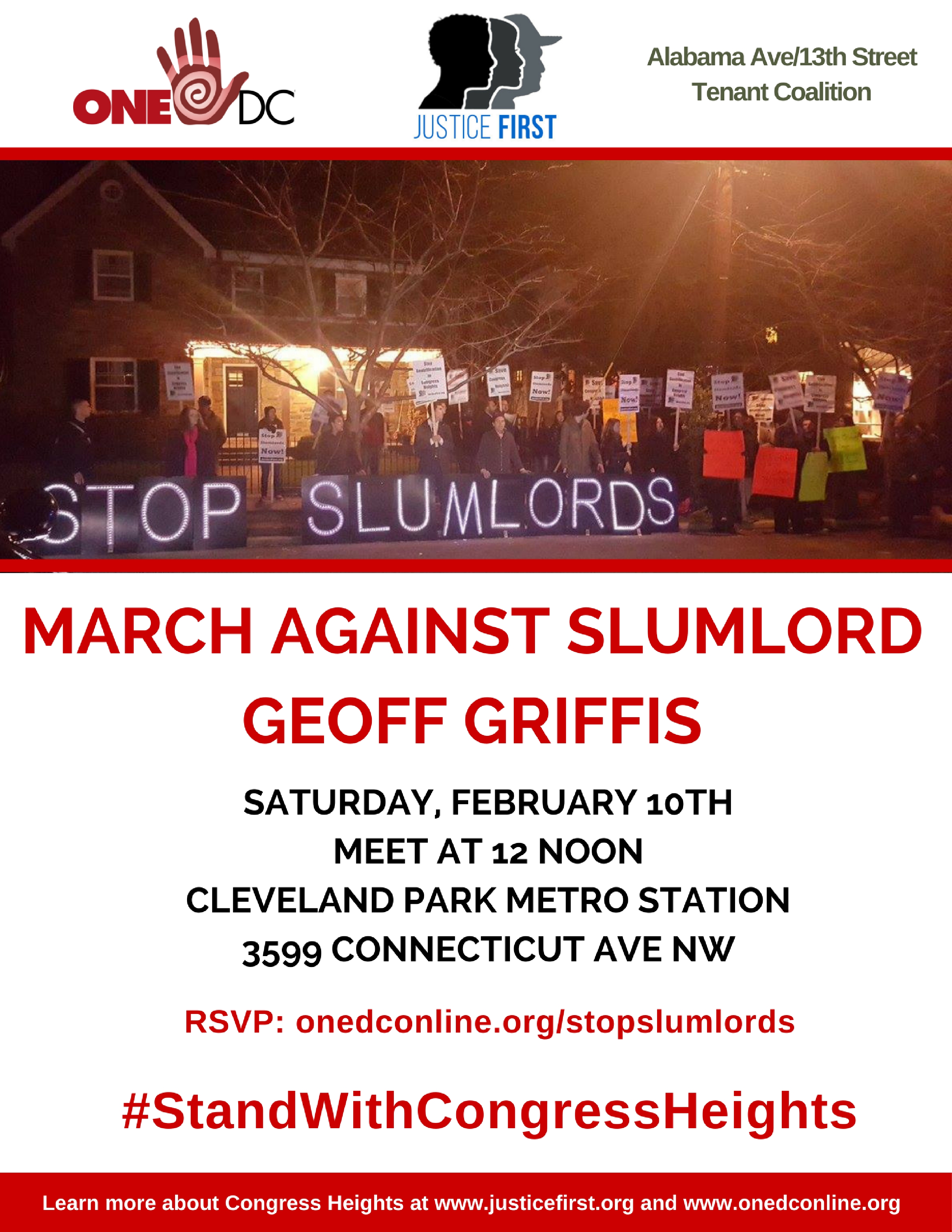