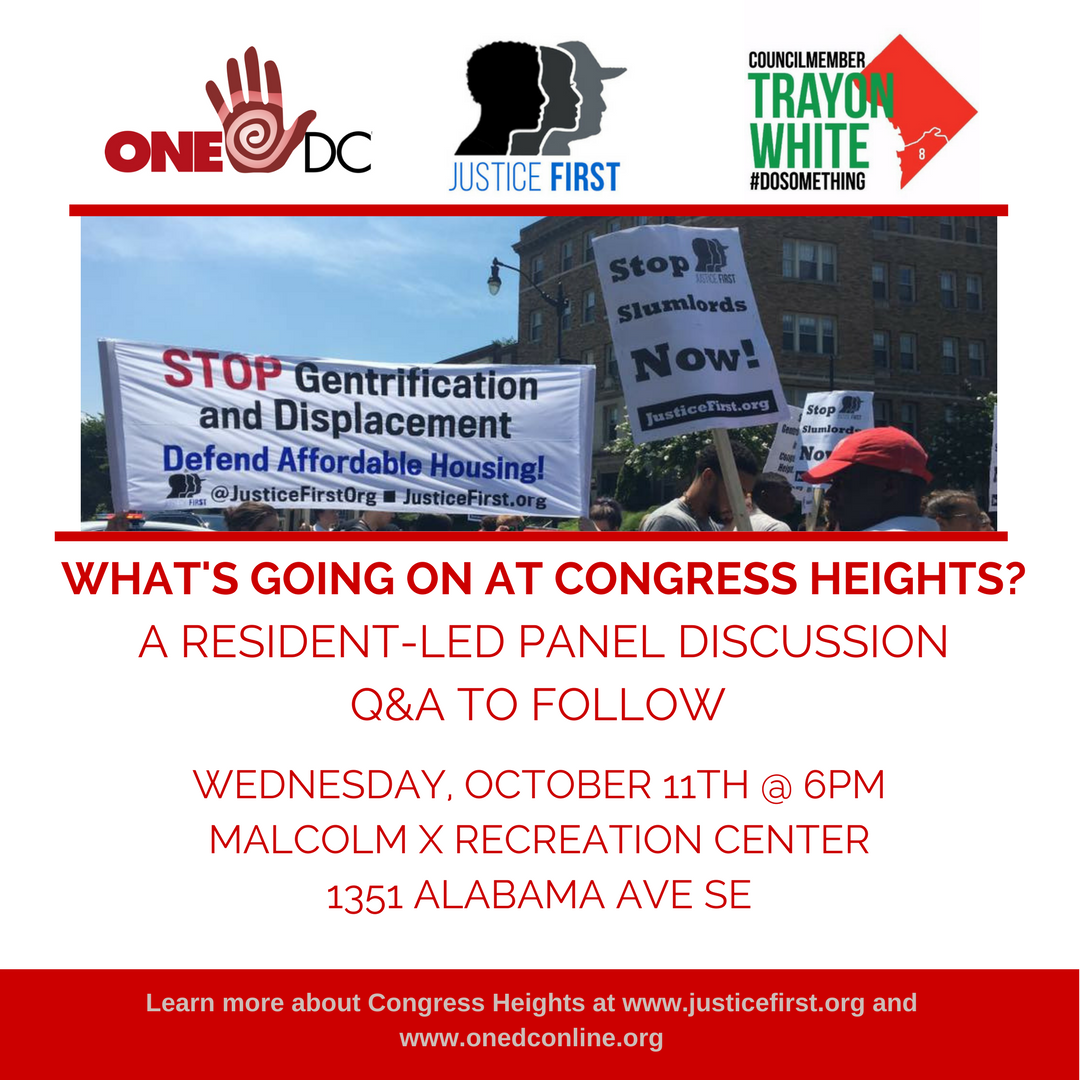 An action led by Congress Heights tenants at City Hall earlier this month on September 6, was the kick-off of a public campaign to fight for the vacant building at 3200 13th St SE. The demand is for the transfer of the 3200 building to the tenants association at Congress Heights through their chosen nonprofit developer, so that long-time residents can remain in their community, and move forward with a plan to build 200 units of affordable housing over top of the Congress Heights metro. The alternative, so far supported by Mayor Bowser and local government, is the displacement of tenants in favor of a plan led by Slumlord Sanford Capital to build luxury apartments.

Click here to read an article from the Washington City Paper that exposes money interests and connections between Mayor Bowser and predatory developers that are attempting to displace long-time DC residents from their community to make way for luxury apartments. Tenants have been fighting against all odds to exercise their TOPA rights to work with their chosen non-profit developer, NHT. The only thing standing in the way is Mayor Bowser and DHCD, who refuse to turn over the vacant building at 3200 13th St SE.