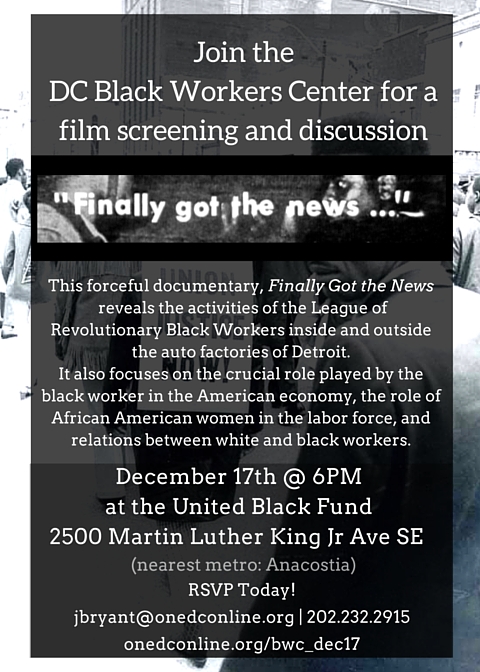 The DC Black Workers Center invites you to a film screening of the powerful documentary Finally Got the News. The film portrays the actions of The League of Revolutionary Black Workers in the auto factories of Detroit, along with the vital role of African American workers in the American economy. Stay for a discussion following the screening.

Come find out how you can build power among Black workers in DC. A Black Workers Center is a Black resident-led space that seeks to create & maintain racial & economic justice in Washington, DC through popular education, direct action & the creation of worker-owned alternatives.