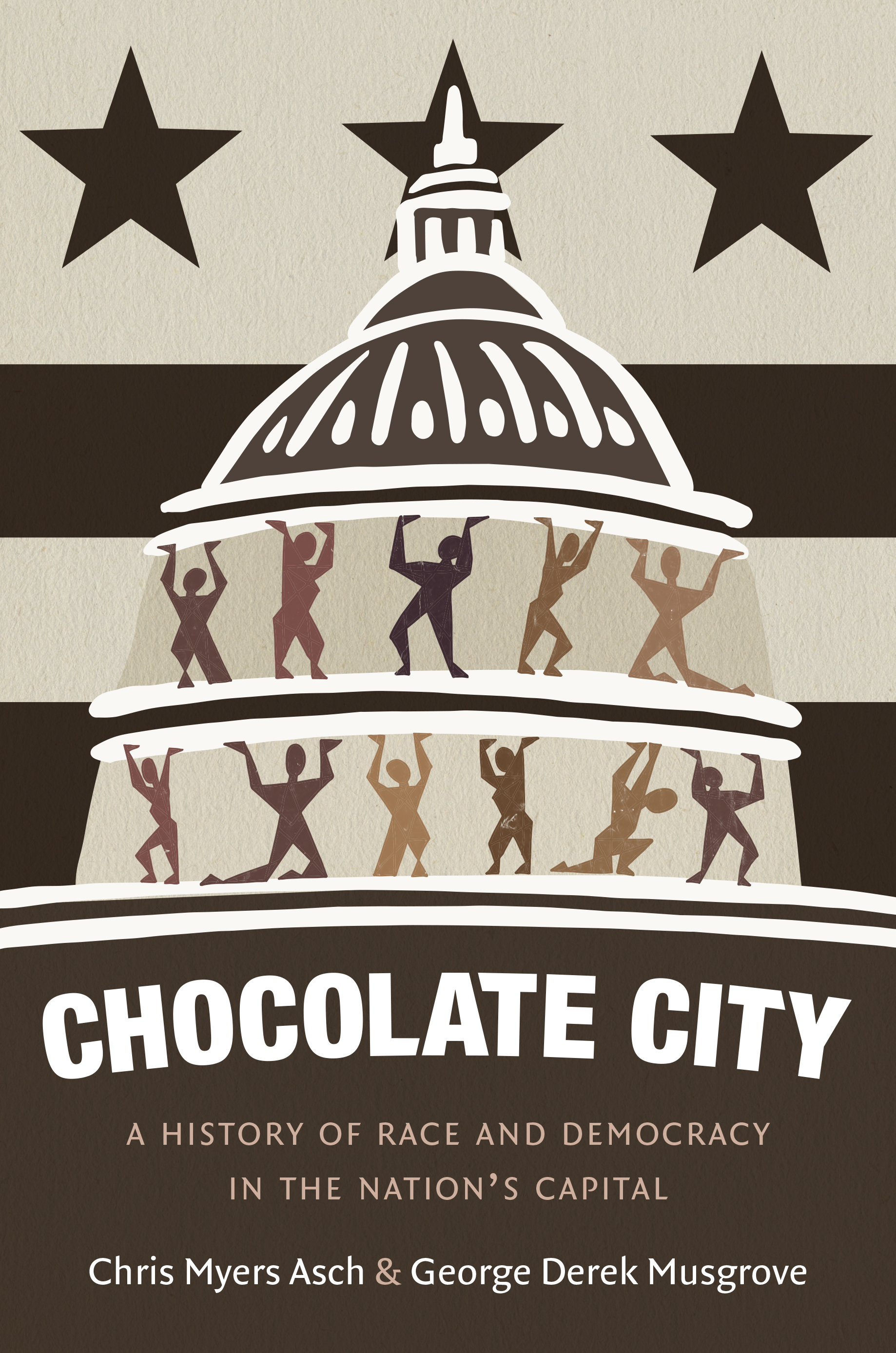 Join ONE DC for a special book talk with the authors of Chocolate City: A History of Race and Democracy in the Nation's Capital, Chris Myers Asch and George Derek Musgrove.

About the Book
Monumental in scope and vividly detailed, Chocolate City tells the tumultuous, four-century story of race and democracy in our nation's capital. Emblematic of the ongoing tensions between America's expansive democratic promises and its enduring racial realities, Washington often has served as a national battleground for contentious issues, including slavery, segregation, civil rights, the drug war, and gentrification. But D.C. is more than just a seat of government, and authors Chris Myers Asch and George Derek Musgrove also highlight the city's rich history of local activism as Washingtonians of all races have struggled to make their voices heard in an undemocratic city where residents lack full political rights.

Chris Myers Asch recently moved from his hometown of Washington, D.C., to Maine. A graduate of Duke University with a Ph.D. from the University of North Carolina, he taught with Teach For America in the Mississippi Delta and co-founded the Sunflower County (Mississippi) Freedom Project in 1998. He is the author of The Senator and the Sharecropper: The Freedom Struggles of James O. Eastland and Fannie Lou Hamer (The New Press, 2008). He is the Editor of Washington History magazine and teaches history at Colby College part-time while running the Capital Area New Mainers Project. He and his wife have three children.

George Derek Musgrove is an Associate Professor of history at the University of Maryland, Baltimore County. He is the author of Rumor, Repression, and Racial Politics: How the Harassment of Black Elected Officials Shaped Post-Civil Rights America (University of Georgia Press, 2012) and a number of popular and scholarly articles on post-civil rights era black politics and Washington, D.C. He received his Ph.D. in U.S. history from New York University in 2005, and lives with his wife and two sons in Washington, D.C.