The Children's Studio School (CSS), founded 41 years ago by Marcia McDonell, exhibited the Children of Mine Youth Center's summer culminating exhibit 'Anacostia Reimagined' at the ONE DC Black Workers & Wellness Center on July 26, 2018. In the children's summer experience of multi-dimensional studios, 39 children ages 4 to 14 engaged in architecture, engineering, construction, and city planning. 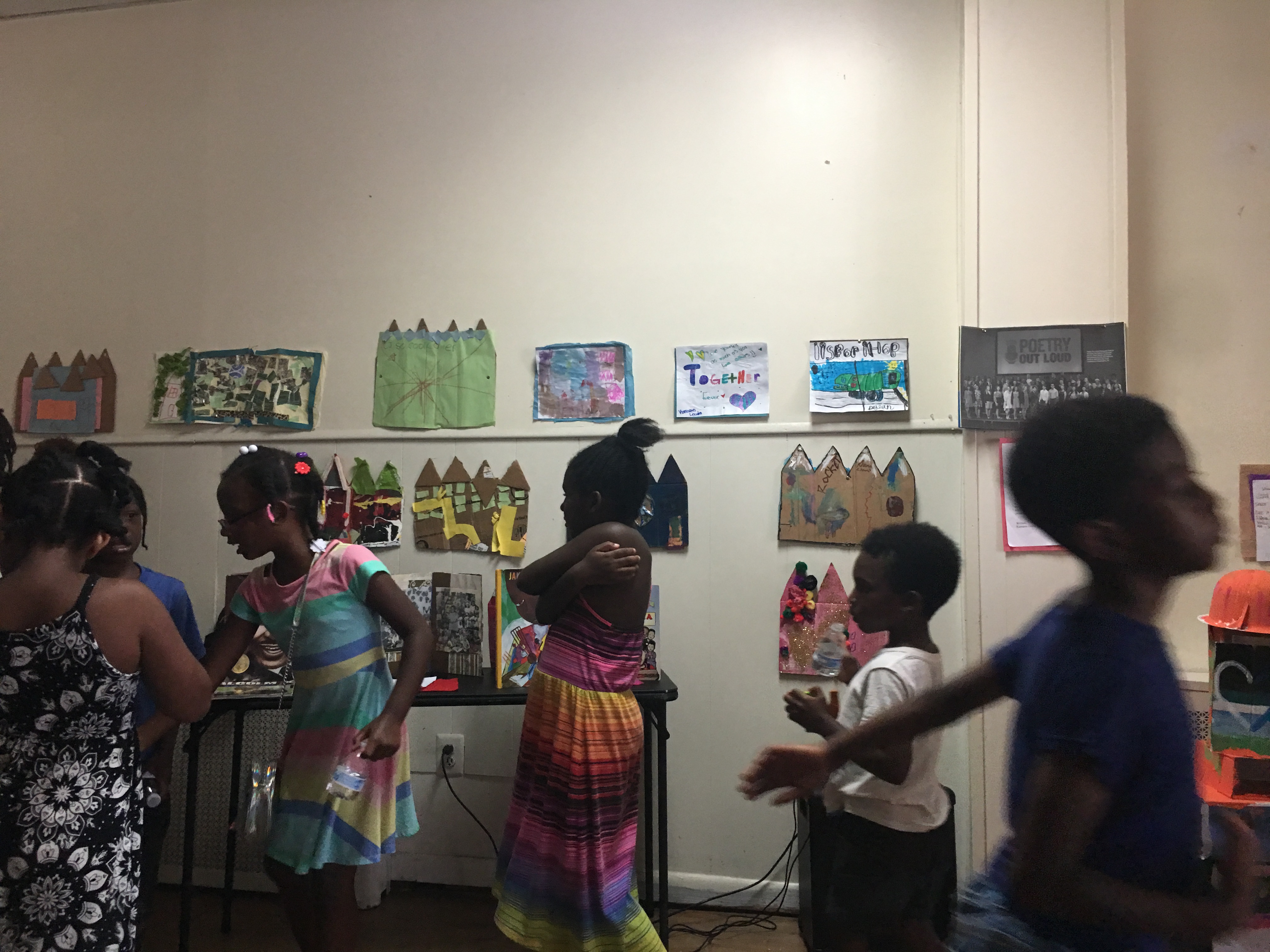 The children participated in identifying and defining the future businesses and buildings for their community. IBe' Crawley of IBe' Arts created the curriculum and coordinated the four studios at the Children of Mine Youth Center for CSS. The arts educators -- Uptown Shane, Courtney Dowe, and Roderick Turner -- engaged the children in discussions, visualization, and creation of an Anacostia that reflects the children's love and families. 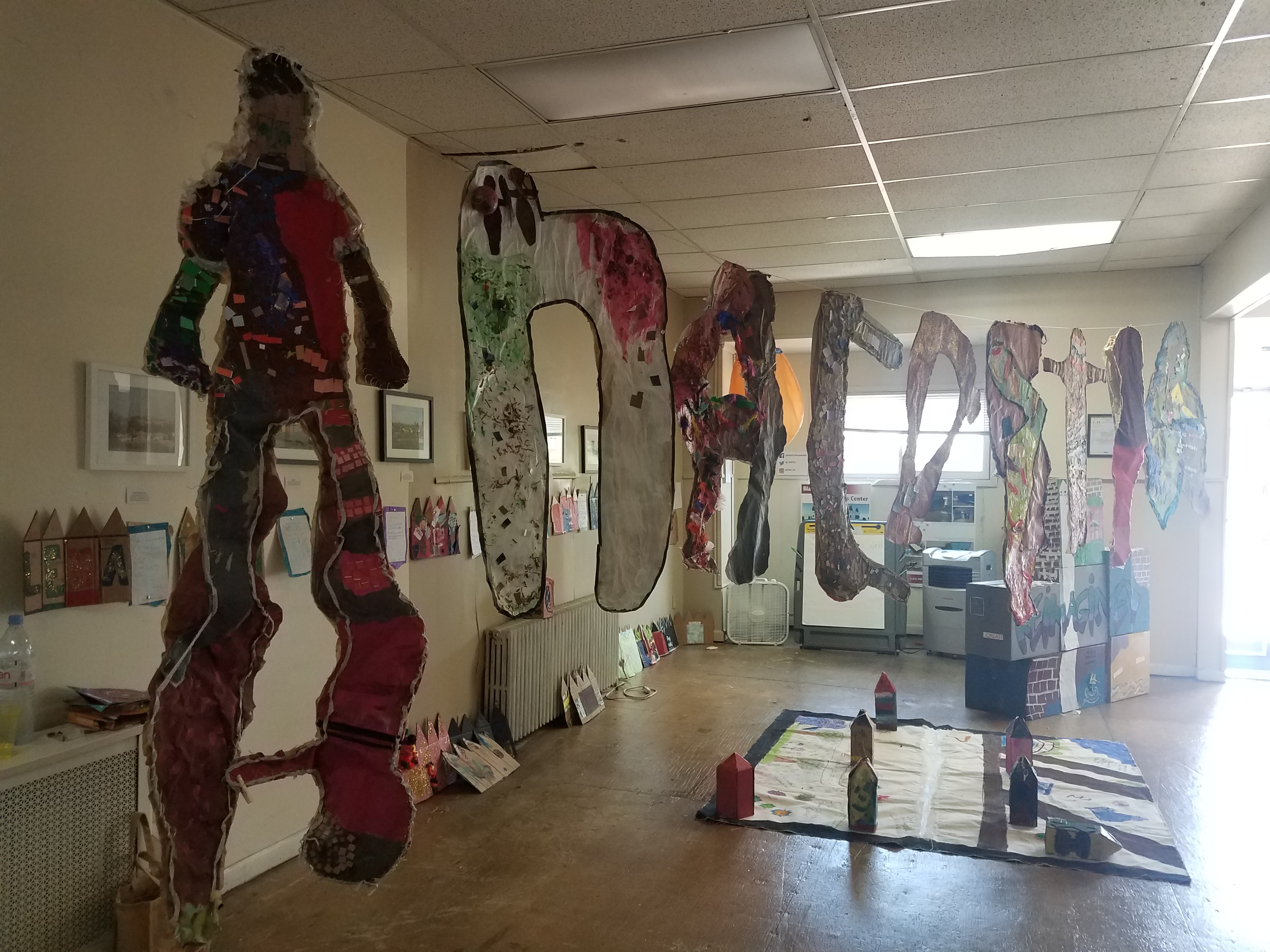 A special thanks is extended to ONE DC for hosting the 'Anacostia Reimagined' presentation. In addition to being a visually beautiful representation of buildings, maps, and drawings, the storytelling and singing demonstrated the verbal and writing skills the children developed in this summer experience. The parents and community members filled ONE DC to capacity with love and pride for their children contribution to the Anacostia resource mapping the organization is currently engaged in. Click here to watch video from the exhibit.

It was late October 2017 when the former owner of my building told me that he wanted to sell the building. I immediately expressed interest, and requested that he send the proper paperwork, an Offer of Sale, as required by the Tenant Opportunity to Purchase Act (TOPA). Verbally the building owner would agree to send this document, but in deed his true intentions were clear.

The building owner's failure to provide an opportunity for the tenants to purchase the building was apparent and highlighted on February 17, 2018 when he appeared at my doorstep unannounced with a waiver that he wanted me to sign immediately. Of course I refused and took the waiver to ONE DC and Office of the Tenant Advocate. I was advised during free counsels by both organizations not to sign the waiver. After some discussion, both organizations were able to clearly identify that the TOPA process was not yet in motion.

We soon found out that the building went up for sale in October 2017. An illegal sale of the building had occurred. I was advised to file a formal complaint with the Office of Housing and Community Development (OHCD). After confirming OHCD's mailing address and email address, I used certified mail and email to file my complaint. I received an auto-reply stating someone would follow up with me within 24 hours.

After three days I decided to visit OHCD in-person. I was told that neither of my complaints were received even though we agreed that I had the proper mailing information. The OHCD employee that I spoke to agreed that my TOPA rights were violated, but tried to convince me that the sale of the building was not illegal. She advised me against forming a tenant association and assured me that it was best to file a lawsuit to receive compensation.

Collaboration between local government and housing developers is no secret to most concerned citizens and has even been reported on by news media. This is a conspiracy against the working class Black people in DC, especially those in poverty.

We, the tenants, need ownership of the building at 113 Wayne Place SE to protect ourselves by assuming our God-given right to exercise self-determination. To control of our own affairs is the only way we will build a stronger community. Please support this effort to be an example of economic democracy.

Housing is a human right, so please heed this call for community control over housing and land in Washington, DC and other gentrifying cities!

Almost eight years ago, my family moved to Richman Apartments in Southeast D.C. At the time there was an empty lot across the street where I was told town homes and apartments were going to be built. Keeping in mind as to things that were happening in other parts of the city, I thought having an organized tenants association may be a good idea for Richman Apartments. 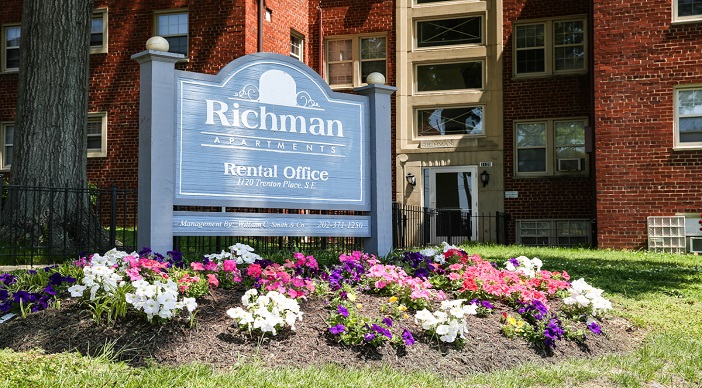 The lot is no longer empty. We have town homes and apartments directly across from our forty-one affordable units. New homeowners are settling in. These town homes were sold before they were built. Young families from various backgrounds have introduced themselves and state, “I love my neighborhood.”

Our apartments are well-managed and we have no problems of a major scale that I’m aware with our management company, WC Smith. Our association would be a community building group. Everyone says they think it would be a good idea. The challenge is changing hearts and minds and getting people to step up and understand we have nothing to fear.

I, with the help of ONE DC, (thank you Kelly) have started organizing to get the tenants to elect a board to officially establish our tenant association. Unfortunately, we didn’t have a quorum to vote at our last meeting. Meanwhile, another town home is built. And another new neighbor moves into their home.

Congress Heights is changing rapidly. Starting with the St. Elizabeth’s Project to the restoration of many historic homes along Alabama Ave. Change is here, Richman Apartments.  Will You Be Ready?