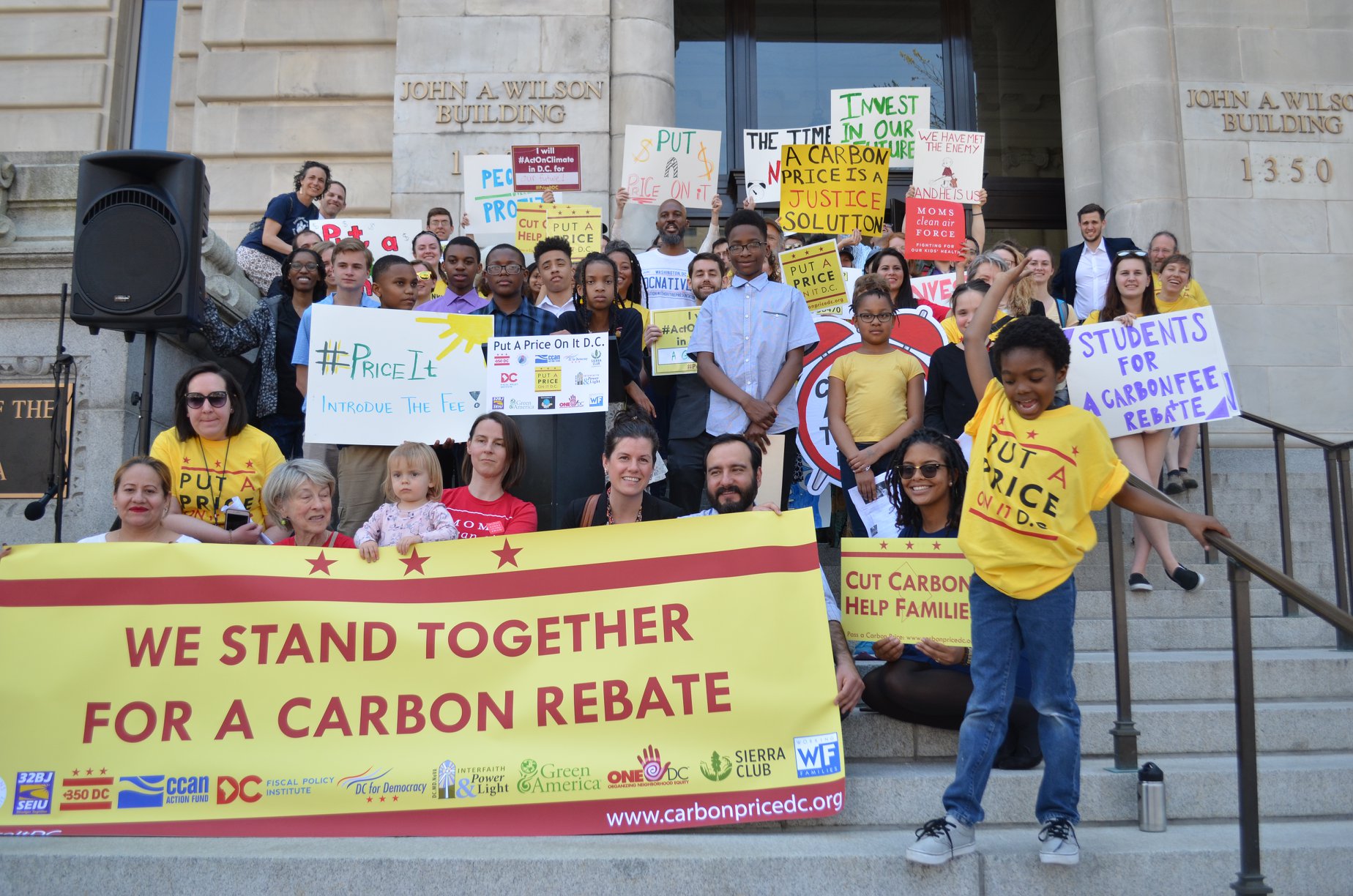 Dozens of students, teachers, and climate and justice advocates joined together for a rally on April 13 to urge the D.C. Council to introduce a strong, progressive carbon fee-and-rebate policy soon. On the steps of the Wilson Building, middle school students and teachers stood alongside members of the “Put A Price On It, D.C.” coalition — which consists of 70 local organizations and businesses — to speak out in favor of the proposed policy.

About 30 students and about 50 additional D.C. residents rallied together, surrounded by giant clocks and signs noting that “the time is now” for strong climate action. Four seventh-graders from the Washington Latin Great Debaters Policy debate team and local community activists gave inspiring speeches calling on D.C. lawmakers to introduce and pass a policy to put a fee on fossil fuel pollution and rebate a large share of the revenue to D.C. residents. Students speaking out in favor of the carbon price today represented middle schools and universities across the District.