"In the spirit of Ida B. Wells, we value organizing against injustice and for human dignity." -from ONE DC values statement

We demand justice for Sandra Bland and Samuel DuBose. We demand an end to the lynching of Black Americans by police. We value black-led organizing & resistance against these acts of state violence which are rooted in white supremacy & capitalism.

From DC to Cleveland: Building a Movement for Black Lives

By Gabrielle Jackson, ONE DC member

When I first learned about the Movement for Black Lives Convening, I was immediately excited. As a mental health clinician, I had been having an internal conversation about the need for Black spaces, a safe space meant for us to heal and just be. This was perfect. Being at the Convening, I got everything I could ask for. I had the opportunity to attend the Emotional Emancipation Circle, a session held by Erika Totten on how to implement and facilitate weekly support groups for Black people for the purposes of processing stress, violence, and aggression related to racism and White supremacy. I also attended a session hosted by the Black Alliance for Just Immigration called Welcome to America: the Black Immigrant Experience of Anti-Black and Anti-Immigrant State Violence in the U.S., which provided a lens on intersectionality and the universality of Black Lives Matter.

It was amazing, being among Black excellence and brilliance, seeing beautiful Black people in all their essence and diversity, and feeling right at home. I came home reinvigorated, with a heightened sense of pride, motivation, inspiration, and a full heart and soul. I went to the M4BL Convening for its healing qualities, but I got so much more out of it. I did not realize how much I would learn and glean from a short weekend.

First, I was reminded to be confident in my strengths and how they contribute to the movement. Each person has their own strengths, resources, and expertise. The movement is not only about what is seen out on the forefront, but about the genius in the background too. Even if you are not on the front lines regularly, you are needed. Secondly, I was encouraged to be confident in the capacity of my own voice. In my advocacy, I have a tendency to be observant and strategic. But, there are times things just need to be said as soon as it comes to mind, and done so unapologetically. Next, I was reminded to be confident in our capacity and adaptability. Our people are strong and resilient, and should never forget that. Though many try to say we are apathetic or "can't get our stuff together," our movement is historical and has been ongoing; we just have to often adjust due to deliberately placed roadblocks. We must never forget that this movement never died, and is just revitalized continuously.

Lastly, we must be confident that we are indeed one family and we have so much love. This weekend only reinforced that. From a passing smile and "how are you doing?" and the short elevator conversations to the deeper discussions about social ills and next steps, I connected with many, because despite being different in many ways, we are all part of the Black experience and understand that all Black lives do matter.

I left the M4BL Convening, with the mission of being intentional, proud, and unapologetic. I look forward to the next year's assembly of Black lives. I want to express extreme gratitude to ONE DC for making my attendance at this convening possible.

Education. Action. Reflection. Building a Movement for Equity in DC 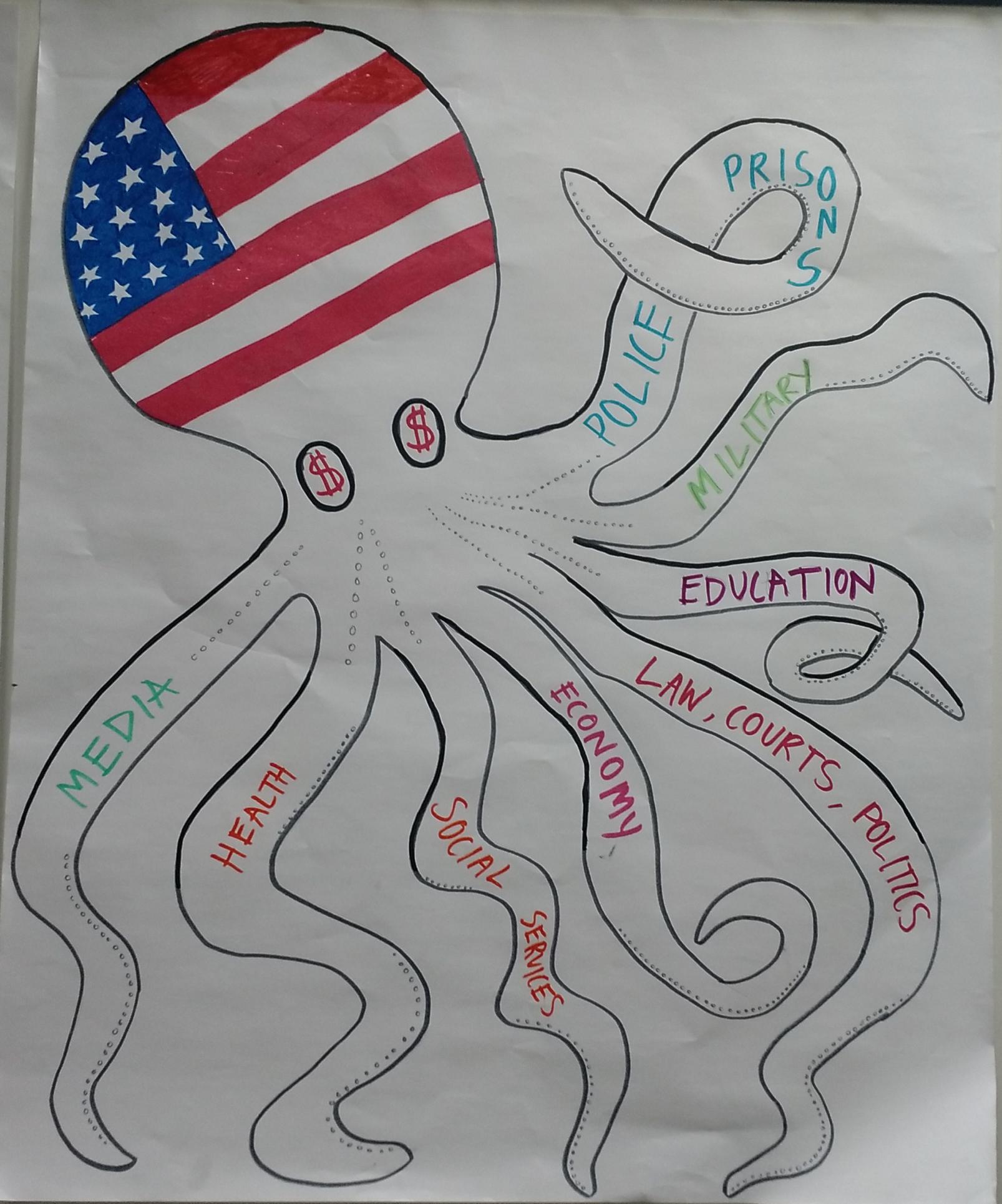 On Saturday, July 18 ONE DC members gathered at the United Black Fund (the temporary satellite space for the DC Black Workers Center) for a 4-hour Freedom School on Resisting State Violence.
For the full agenda, readings, and resources, click here.

The following Wednesday, members took to action with a teach-in at Freedom Plaza followed by a protest outside Mayor Muriel Bowser's office about the failure of First Source accountability on projects such as the Marriott Marquis. Our demand is for the Mayor to issue an executive order to strengthen First Source with clawbacking provisons. Members demanding this order were met by security and police outside the mayor's office. So what's next? How can we learn from this action and how do we move forward? Please join us at our next People's Platform General Body Meeting this Wednesday, August 5th at 6PM. RSVP Here


The Freedom School was also used as an opportunity to release The People's Platform Manifesto.

The People’s Platform principles are: 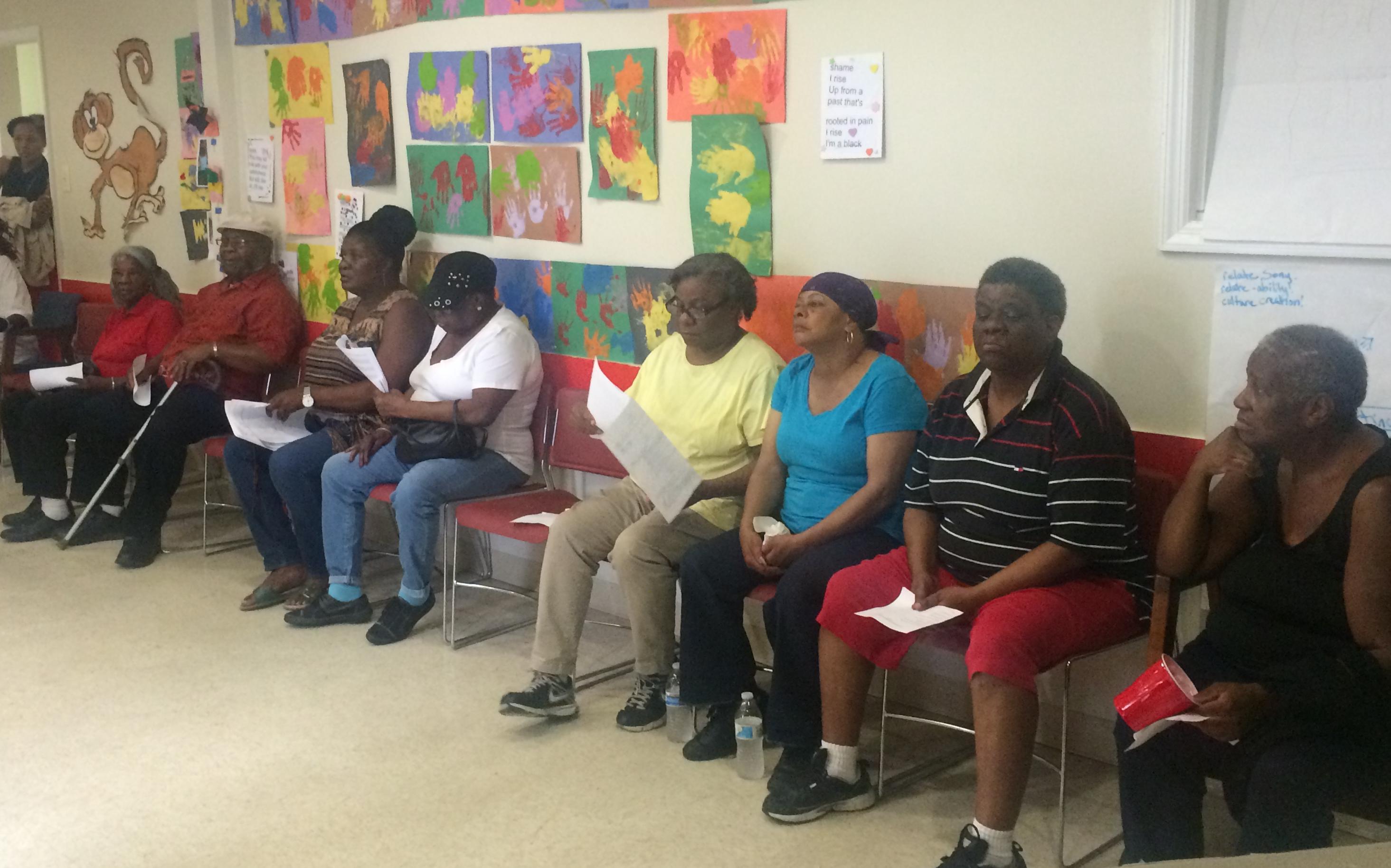 A few weeks ago, Brookland Manor held its first Tenant Association Election in 20 years. Brookland Manor is a historic Great Depression era complex which includes 19 garden apartment buildings: 535 units spread across 23 acres. Over 2/3 of the units are subsidized by the federal government. The apartment complex has been home to many Black families over the years. Mid-City Financial Corporation is gunning for a major demolition project to develop townhouses, condos and retail. Mid-City insists that all residents in good standing will be welcomed back to the property. However, if Mid-City succeeds in demolishing the property, they plan on reducing 162 affordable housing units, which are mostly 3, 4 and 5 bedrooms. This action equates to displacing hundreds of Black families in DC.

Each board member completed ONE DC leadership training seminars and ultimately made commitments to ensure healthy and accountable leadership. The board is currently ready to serve its tenants, with unconventional energy and commitment to let all residents' voices be heard. ONE DC is currently co- facilitating leadership trainings and workshops to ensure Brookland Manor Tenants Association can lead equitably and efficiently.

This is that no-organizing, no working, just being black and beautiful party that we always talk about having, but never do--UNTIL NOW! And it's in Southeast! Come be in community & bask in the beauty of blackness! All ages welcome.
**this is a black & POC space**
$10 dollar suggested donation gets you a plate & supports black organizing in DC. No one will be turned away for lack of funds.
RSVP to april.goggans@gmail.com

Thank you April and Happy Birthday!
If you are interested in hosting your own fundraiser house party to support ONE DC, please email dominic at dmoulden@onedconline.org

The Democracy Collaborative is Hiring

"We must put an end to serial displacement in the form of segregation, redlining, deindustrialization, and gentrification, which has constituted one long wave of destruction for many black communities, undercutting the ability of residents to resist.” -Mindy Fullilove. Equitable Development and the Call for Community in Washington, DC by Gregory D. Squires and Dominic T Moulden, Social Policy, Spring 2015

Black Lives Matter Asks A Question Of Its Own Movement: Where Are More Men?