"The revolution has always been in the hands of the young. The young always inherit the revolution." -Huey Newton

...with the power of our members.

Help "carry the water" with ONE DC:

ONE DC's Apprentice Organizers Reflect on their Summer

This summer, Kevin Ruano and Mia Campbell worked as apprentice organizers with ONE DC through a partnership with the Kalmanovitz Initiative for the Working Poor at Georgetown University. Read their reflections below.

Mia Campbell
This summer was one of the most rewarding and eye opening times of my life. The Kalmanovitz Initiative Summer Organizing Internship program gave me the opportunity to learn more about my capabilities and myself as well as learn more about others. When I was in high school, I would always try to stay involved in social justice work, keep myself educated about current events, and help communities through volunteer projects and raising awareness about problems. To some degree, this summer was a continuation of the work that I did in high school, but more so, it was an expansion of those skills and an immersion within the community that I was working to help find its own strength and power.

[ . . . ]
ONE DC addresses the structural causes of poverty and injustice and works to educate people about the realities behind the problems people face in their everyday lives. The leadership structure is most unique and I personally believe it could be a great model for organizing power in the future. Horizontal leadership is the way the organization operates where the leadership is shared along with the responsibilities. Being part of this structure was daunting at first because I am used to working in a top down power structure.  It was a breath of fresh air and helped me open my mind to different methods of operation.
[. . .]
It was a summer of growth, self-discovery and realizations of the best kind; learning how to finding my voice and using it to help however I can. It was a summer of growth in consciousness; an awakening. My eyes have been opened and now there is no turning back. Thank you to all of the people at the Kalmanovitz Initiative who made this summer possible. From my conversations with the other summer interns, I believe that they did a wonderful job pairing interns with organizations. Nick, especially, was extremely helpful with preparations for the summer and I am so grateful. Thank you to Dominic, Jennifer, Claire, Marybeth, Rosemary, Kevin, Assata and everyone from ONE DC for being part of this journey with me.

Kevin Ruano
From the first day on the internship, it was clear to me that the work ONE DC does—organizing to establish a more economically and racially equitable city—was absolutely needed. What affirmed my conviction was not only the sight of new luxury developments in the Shaw neighborhood of the historically black university, Howard, and the thought that these buildings had taken the place of homes to black communities and peoples, but [an] encounter with a young man during our tour of Shaw. [. . .] Not only did the young man confirm that communities had been ousted, he also commended ONE DC and encouraged us to continue organizing as we walked back toward the office.
[. . .]
At ONE DC, I only got a glimpse of those truly resilient in Washington DC. They are not politicians, businessmen or those who are in buildings that appear on post cards but those in buildings that are threatened every day by development that is unsympathetic to the feelings and needs of the community whose roots are in DC, who is DC and who soon, without people like those at ONE DC, will become who was DC.

The Black Panthers: Vanguard of the Revolution - Screening & Discussion September 19 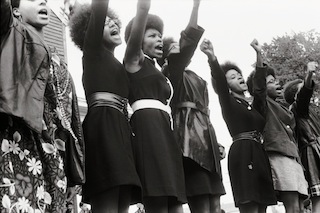 ONE DC and Justice First will be co-hosting the Saturday, September 19th 7:15pm screening of The Black Panthers: Vanguard of the Revolution with a post-screening Q&A and discussion with producer Laurens Grant at the E Street Cinema, 555 11th Street NW.

As director Stanley Nelson states: “Thoroughly examining the history of the Black Panther Party allowed me to sift through the fragmented perceptions and find the core driver of the movement: the Black Panther Party emerged out of a love for their people and a devotion to empowering them. This powerful display of the human spirit, rooted in heart, is what compelled me to communicate this story accurately.”

Discounted tickets are available through ONE DC. Email organizer@onedconline.org for more information.

Kick Foundation Funding: How to Grow Your Grassroots Funding Base
Friday, September 11-13
Wayside Center for Popular Education, Charlottesville, Virginia
The workshop will zero in on nuts and bolts skill-building for finding donors, asking donors, and transforming and refining your entire fundraising approach. You'll leave with a 12-month proposed fundraising plan for you organization.
Register & more information here

10 years after Katrina, the residents of New Orleans continue to resist. What can we learn from them?

This is why the myth of a “Resilient New Orleans” is so dangerous. It is a narrative that paves over the history of Black New Orleans and ignores the true cost of exclusionary, disaster capitalism policies. - quote from Katrina Truth - Resistant New Orleans

ONE DC supports the truth that resistance is possible in DC and in New Orleans with alternative visions for a just and equitable community. 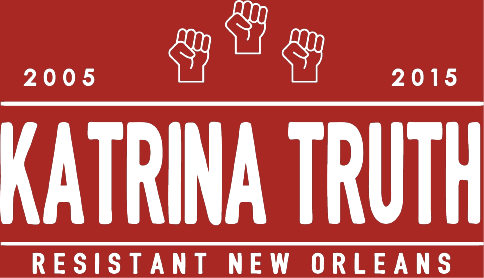 From the Black Solidarity with Palestine website: "The past year has been one of high-profile growth for Black-Palestinian solidarity. Out of the terror directed against us—from numerous attacks on Black life to Israel’s brutal war on Gaza and chokehold on the West Bank—strengthened resilience and joint-struggle have emerged between our movements. Palestinians on Twitter were among the first to provide international support for protesters in Ferguson, where St. Louis-based Palestinians gave support on the ground. Last November, a delegation of Palestinian students visited Black organizers in St. Louis, Atlanta, Detroit and more, just months before the Dream Defenders took representatives of Black Lives Matter, Ferguson, and other racial justice groups to Palestine. Throughout the year, Palestinians sent multiple letters of solidarity to us throughout protests in Ferguson, New York, and Baltimore. We offer this statement to continue the conversation between our movements."

Read and sign the 2015 Black Solidarity Statement with Palestine